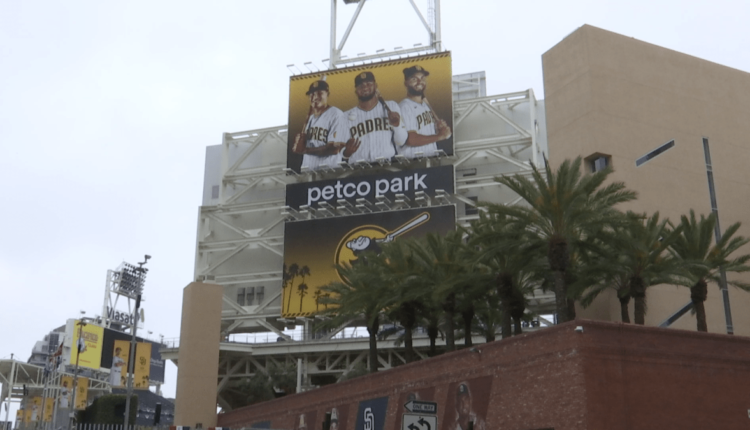 Some fans at Petco Park were upset after the payment processing system went out on Saturday’s night game between the Padres and the Phillies.

“We went to get the kids dinner and we couldn’t get anything,” said JP Roach who attended the game.

“We’ve got hungry kids so we’re gonna take off,” said Ryan Gunn who attended the game.

“Something with the system with money, concessions, buying shirts hats, nothing,” said Stacie Bill.

The impact felt by countless customers of one of the country’s largest payment platforms including Las Vegas Allegiant Stadium during tonight’s WWE SummerSlam show.

At Petco Park, some fans said they waited in line for multiple innings just to be told once they got to the front that the system was down.

Petco Park tweeting out a statement mid-game saying it was working to fix the issue, but in the meantime, would accept cash or provide food and beverage at no cost to fans.

Around 8:30 p.m. Saturday– shift4payments said the issue was resolved — adding that even though the company did not cause the outage, it’ll compensate all customers for revenue lost but the company still hasn’t released any information on what did cause the outage.

Despite the inconvenience, fans say they’re still hungry for more.

“We love the Padres; we love downtown San Diego. We’ll be back for sure, but it was just a bummer,” said Stacie Bill.

The Padres will face off against the Philadelphia Phillies Sunday. That game will start just before 1 p.m. and hopefully, this won’t happen again, and fans won’t have to stop at the ATM before getting to the park.