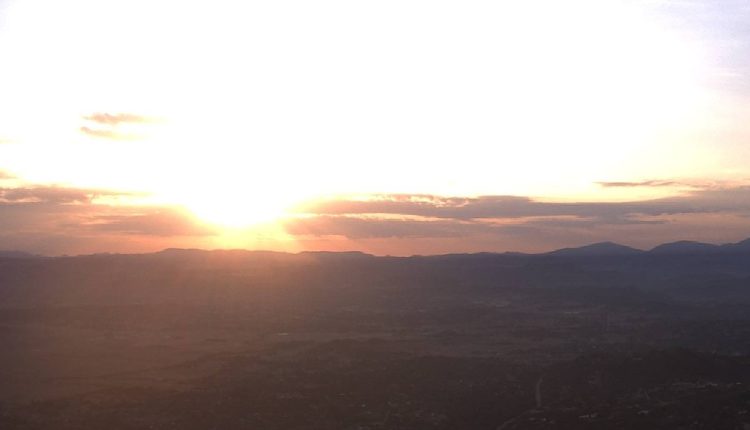 Excessive heat was forecast for San Diego County inland areas Sunday and Monday, while coastal areas remain under the influence of the marine layer, with patchy low clouds and fog each night and morning, the National Weather Service said.

Isolated light showers or thunderstorms may develop over the higher mountain peaks this weekend, with a better chance early next week, forecasters said.

The heat was expected to begin to ease on Tuesday as the upper-level high over the Southwest weakens.

Very hot weather, gusty southwest-to-west winds and minimum daytime humidity of around 15% was expected to create elevated fire weather conditions near and below the desert passes.

The California Independent System Operator, which manages the state’s power grid, declared a Flex Alert — a call for voluntary conservation in hopes of reducing strain on the system and preventing outages — from 4 p.m. to 9 p.m. Friday and Saturday. The agency declined to extend the alert to Sunday, however.

“CA, you did it! Your efforts helped keep the grid stable,” the ISO tweeted Saturday night.

Moderately unstable conditions may increase the potential for plume-dominated fires in the mountains through early next week.

There was a 10% chance of dry lightning strikes over the mountains this weekend.

Marine layer night and morning low clouds and fog were predicted to become more widespread along the coast by Sunday as the eddy develops, gradually extending further inland through the week.