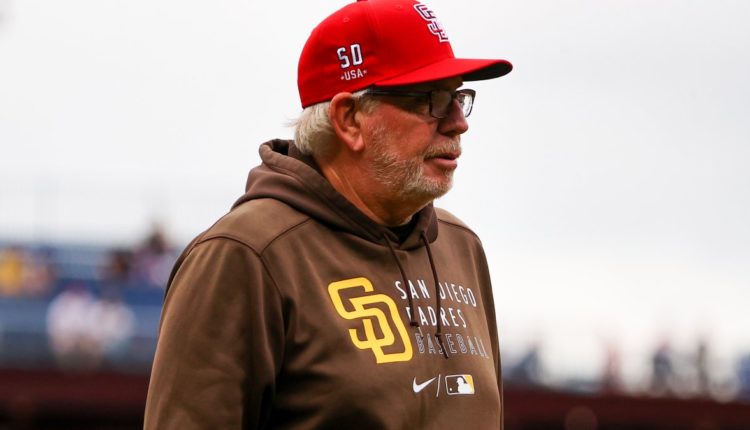 The Friars announced the decision on social media, adding that Ben Fritz would serve as interim pitching coach for the remainder of the 2021 season.

Jayce Tingler told reporters that the move was 100 percent his decision. The possibility came up with General Manager A.J. Preller over the last two weeks. They wanted to give it time to see if the staff’s performance improved, before deciding to make a change following Sunday’s 7-4 loss to the Phillies.

“Larry has been a tremendous asset for our organization over the last two seasons, and we appreciate the experience, hard work and dedication that he brought to the position,” Padres Manager Jayce Tingler said in a press release. “We wish him nothing but the best in the future.”

San Diego has lost nine of its past 11 games and has fallen 13 games behind the first-place San Francisco Giants.

The Padres fell one game behind the Cincinatti Reds for the second and final NL Wild Card after losing a third straight series on Sunday. After a good start to the season, San Diego’s pitching staff has struggled, especially in recent weeks. Their starters’ 4.37 ERA ranks 17th in baseball. Since July 1 that group has posted a 5.92 mark, second worst in MLB. During that stretch starters have thrown 200.1 innings, fewer than all but two teams.

“I think it’s best moving forward… there’s been a number of reasons but I think the lack of consistency, the lack of production. The belief we have ability wise on the mound and we want to change the voice these last 36 games or so.”

Three of the Padres’ main starting pitchers — Yu Darvish, Chris Paddack and Dinelson Lamet — are currently on the injured list. So is Drew Pomeranz, one of the team’s top relievers.

Rothschild, 67, had been with the Padres for just under two years — since November 2019.

During Rothschild’s MLB career, he has also served as a coach for the New York Yankees, the Chicago Cubs, the Florida Marlins, and the Cincinnati Reds.