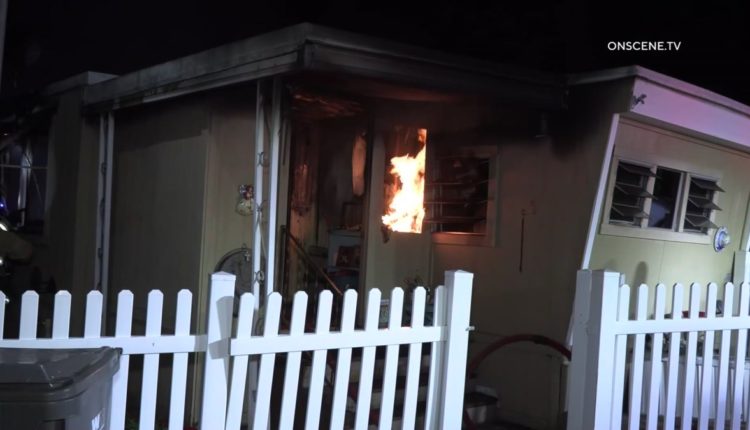 A woman was found dead inside a mobile home after it caught fire, but her grandson escaped unharmed, sheriff’s officials said.

The fire was reported at 9:48 p.m. Saturday at a mobile home in the Sweetwater Lodge in the 10700 block of Jamacha Boulevard, according to Lt. Michael Arens of the San Diego County Sheriff’s Department.

The mobile home was fully involved but fire crews quickly put out the flames, Arens said.

Sheriff’s fire investigators were told by the juvenile who escaped the fire that the grandmother was still inside. They found her body in the mobile home, Arens said. No other injuries were reported.

No other structures were threatened but nearby residents were evacuated as a precaution, the lieutenant said.

Sheriff’s bomb and arson investigators were investigating the cause of the fire.