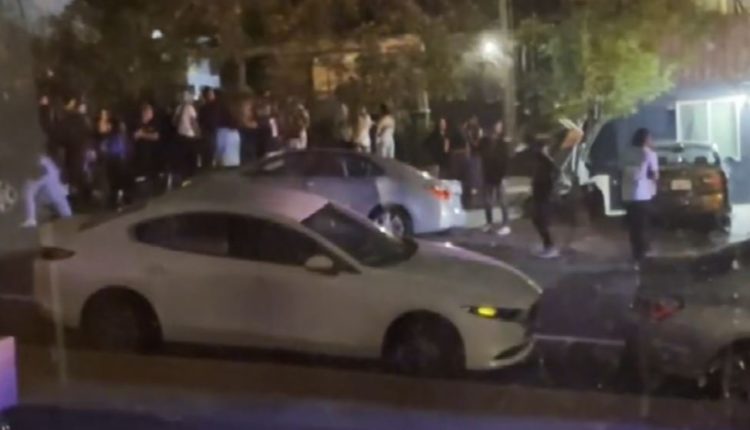 After several raucous back-to-school parties drew the ire and complaints from College Area resident, the San Diego police said Thursday that they would be beefing up patrols in neighborhood near San Diego State.

Longtime homeowners in the area want the city to reestablish the so-called C-Squad, a group of police officers dedicated to patrolling the College Area. This coming weekend, at least, they’ll get their wish.

Back-to-school parties held by SDSU students are nothing new, but residents say it was out of control on Saturday night, reports NBC 7’s Artie Ojeda.

The complaints have also gotten the attention of District 9 Councilman Sean Elo-Rivera, who, in a letter to area residents, spelled out actions his office will pursue.

“Hearing from school leadership that this was perhaps the worst night that they’d seen in 15- to 18-year careers, that’s definitely concerning to me,” Elo-Rivera wrote in the letter.

In his note, which was posted on the social media site Next Door on Tuesday, Elo-Rivera’s office said every San Diegan has a right to feel safe and to live in a neighborhood that is clean, healthy, and to be treated with respect and dignity.

Clearly that wasn’t the case as parties, some that had upward of 300 people, broke out at homes south of the university

“The cars were racing up and down the streets,” Hoeger said. “There were drunk kids in the street.”

“As the parent of a college student, I’m mortified that parents have no idea that this kind of danger is going on for their children,” Susan Hopps-Tatum said this week.

In his, Elo-Rivera said he reached out to Mayor Todd Gloria; San Diego’s chief of police, David Nisleit; San Diego State leadership, and representatives from the city department responsible for code enforcement.

Elo-Rivera acknowledged the city must be more proactive and said he’ll target irresponsible property owners who violate laws and rules.

The city eased restrictions on the construction of ADU’s last October as a way to address San Diego’s housing crisis, and the number of ADU’s has exploded in the College Area.

While Elo-Rivera said the new ADU rules did not play a role in last weekend’s parties, he’s concerned unscrupulous property owners may be exploiting current building codes. That may not satisfy community activists, who said the current codes are part of the problem.

“Even if it’s followed to the letter of the law, it’s allowing all kinds of developments that are basically turning single-family homes into full-fledged apartment buildings,” said Geoff Hueter, who is with the grass-roots group Neighbors for a Better San Diego, which says the ADU’s are being converted into mini-dorms, which serve as a precursor to the rowdy behavior seen Saturday night.

Elo-Rivera, however, sees ADU’s as part of the solution to the city’s housing crisis, and, instead, is ready to target developers and investment property owners.

“You’re no longer going to be able to ignore the needs and concerns of your neighbors and just suck profit out of the community, exploit students for very high rents, for not-fantastic living conditions,” Elo-Rivera said.

The councilman would also like to reestablish and strengthen the code compliance volunteer program, essentially asking community members to report violators.

Residents, however, said past efforts to report violators were nuanced and complicated, and offenders were rarely cited.