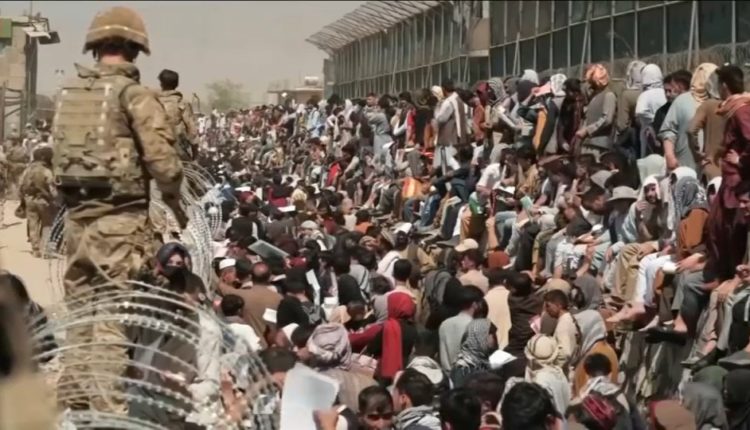 As East County families remain stranded in Afghanistan amid attacks on U.S personnel and Afghans who are trying to flee the Taliban-controlled country, San Diego County leaders are speaking out in support of the locals’ safe and immediate return and condemn the attacks that killed civilians and American military members.

Little by little a few locals have been able to return to San Diego County, but five out of the eight families who were initially stranded in Afghanistan remain stuck and unable to return to the U.S. Worries over their wellbeing have increased significantly in wake of explosions and gunfire Thursday that claimed the lives of at least a dozen U.S. service members and more than 100 Afghan civilians in an attack that ISIS claimed responsibility for.

Here is what regional leaders have to say about the gut-wrenching predicament and devastating attacks:

On Wednesday, the 50th District representative told NBC 7 that he was working diligently, “trying to get them out.” He added that doesn’t “want any Americans to be one of those people clinging to the helicopter at the end,” in reference to some Afghans’ desperate attempt to escape from the country by holding onto departing aircrafts at Kabul’s airport.

When announcing that two local families were freed from Afghanistan, his office expressed happiness over the victory and reiterated the importance of getting everyone out.

“This is great news, the result of tireless work by our team to ensure that our people aren’t left behind in Afghanistan,” the statement said. “But while we have made extraordinary progress, there are so many more Americans stranded in Afghanistan. We have more work to do and under extremely difficult conditions.”

San Diego County Board of Supervisors’ Joel Anderson penned a letter to President Joe Biden on Thursday urging him to assist in retrieving the area families.

“Almost two dozen students from the Cajon Valley Union School District, in Afghanistan to visit extended family, continue to be prevented from safely traveling to the airport in Kabul,” he said in his letter. “Without direct intervention from our military forces, these students as well as other Americans and Afghans who assisted the U.S. during the war could be forced to remain in Afghanistan indefinitely.”

Read the rest of the letter below:

Last night, I sent this letter to @POTUS to request the safe evacuation of 23 East County students trapped in Afghanistan. I am elated to hear that 6 students have made their way back home. I hope to hear back soon, so we can help secure safe transport for those still trapped. pic.twitter.com/KDjlfeFPCd

On Thursday, California Sen. Alex Padilla said he is heartbroken over the deaths of the U.S. service members and Afghan civilians in the “horrific attacks” and added that those who carried on the attack “must be brought to justice.”

“I will continue to monitor the situation closely and push for expedited and safe evacuations of Americans and our Afghan allies. Our nation owes a debt of gratitude to the troops, diplomats, and our allies on the ground risking their lives to complete this evacuation and save lives.”

My heart is with the brave U.S. service members & Afghans who were killed or injured in today’s horrific terrorist attack in Kabul.

Our nation owes a debt of gratitude to the troops, diplomats & allies on the ground risking their lives to complete this evacuation and save lives.

The Congresswoman on Thursday began her statement by saying she was devastated by the killings of the civilians and US military members, adding that her heart was with the loved ones of those who perished in the attacks.

“Representing a proud military community in San Diego, I know that the service and sacrifice of our servicemembers includes their entire family,” she said in her statement. “Representing a proud refugee community in San Diego, I know there are hundreds of stories we will never know because of this attack. The loss of lives today — those who were trying to escape and those working to protect them — is a heartbreaking tragedy.”

Read the rest of her statement here.

The Congressman issued a statement on his website that called the “senseless” killings of the American service members and Afghan civilians a “horrible tragedy.”

“The commitment, bravery and sacrifice of our servicemembers to evacuate thousands of Americans and allies in record time will not be forgotten,” Peters’ statement read. “As I pray for the safety of our troops on the ground and the families of the fallen, my thoughts are also with dozens of innocent Afghan civilians who lost their lives and the countless others who were wounded.”

The San Diego Mayor took to Twitter to condemn the attack and express his condolences to the loved ones of those who were killed.

The terrorist attack at the Kabul airport is a heartbreaking tragedy. We mourn each life taken, including the 12 U.S. servicemembers killed. San Diego is a proud military town that feels the pain of the families who lost loved ones today. Each one of them are in our prayers.