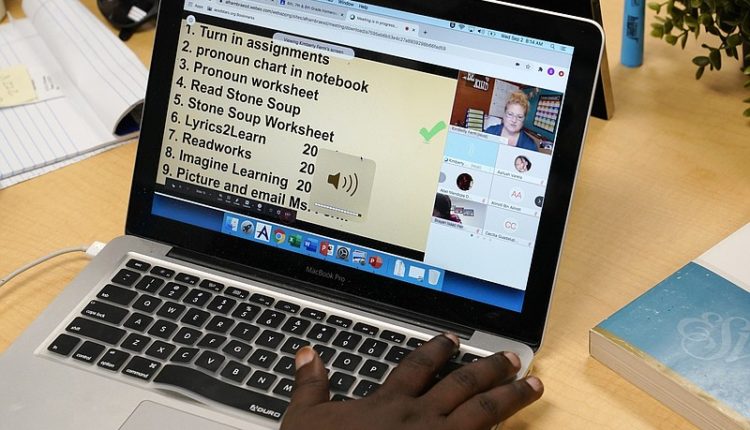 The COVID-19 shutdown was especially challenging for children with special needs. With kids now back in school, we have the story of one mother’s efforts on behalf of her child, after a year or more not being around teachers and friends. Meanwhile, a new rental assistance program for landlords is now available through the county. Plus, why the legality of marijuana remains complicated in Mexico, despite a supreme court ruling barring prohibitions.

That’s next, But first… let’s do the headlines….

The effectiveness of both the Pfizer and Moderna Covid-19 vaccines have significantly waned over time. That is according to new research from UCSD published in a letter in the New England Journal of Medicine. The authors measured the effectiveness of the vaccines among health care workers at UCSD Health. They noted that the vaccine effectiveness back in March through June exceeded 90%, but by July it had fallen to 65%.

The price of a home in San Diego has gone up more than 27 percent in the past year. That’s according to the S&P Core logic Case-Shiller national home price index. San Diego prices have also exceeded other California home markets. It is the second largest price jump in the country. The only market with price gains higher than San Diego? Phoenix, Arizona… at just over 29 percent.

As the Caldor Fire continues to rage in the Lake Tahoe Basin, Governor Gavin Newsom says he’ll support those who were in harm’s way. And he reaffirmed the state’s commitment to fight climate change.

“So we’ll deal situationally, as we do, here in California to suppress these wildfires, but we have to deal with the sustainable responsibility to continue to lead on climate change. And that is our resolve and commitment—a back seat to no one in this country in terms of our commitment to radically change the ways we produce and consume energy in this state.”

Newsom says he’ll be going back to the Caldor Fire burn zone in the next few days to see more of what’s been lost, and what’s being done to protect those still in the fire’s path.

Thousands of students across the County are back on school campuses this fall making up for lost time in their learning. The COVID-19 shutdown was especially challenging for children with special needs who now return to classes in-person after more than a year without being around their teachers and friends.

KPBS Education Reporter M.G. Perez introduces us to one mother determined to make sure her son gets the education he needs.

The San Diego County Board of Supervisors passed what’s believed to be a first in the nation resolution declaring misinformation surrounding the pandemic a public health crisis.

The resolution says misinformation surrounding coronavirus is prolonging the pandemic and potentially deadly for San Diegans.. During a marathon board meeting Tuesday night the region’s largest healthcare providers spoke in favor of it–
Mis information is poison to our communities and it is having a ripple effect on our hospitals. We are having a pandemic of the unvaccinated
This is about taking a more active role to combat disinformation in order to help our community make informed health decisions
There were just over 170 public speakers on the resolution , majority against it, claiming it infringes on their first amendment rights —
Nathan Fletcher, San Diego County Supervisor
If this passes tonight, the sun will come up and everyone will have the same ability to speak up and say what you want but if this passes tonight our county will be on record calling out misinformation for what it is
The resolution directs county staff to be more aggressive in combating misinformation, some of which was heard during the meeting.
The first thing that you can do is get rid of this notion that this pfizer vaccine has been approved by the fda, it has not
Everybody with a clue knows these covid tests are absolutely irrelevant
It’s a biotoxin, it’s a bioweapon
An experimental gene therapy bioweapon you can call it so many things it’s not even a vaccine
Some questioned who gets to decide what is misinformation and claimed the pandemic is being made-up or exaggerated.
This is a big plot it’s all been a huge scam
You’re creating a crisis that isn’t there
Why do you care who dies? Wouldn’t that be kind of a blessing there’s too many people on the planet right? Let people die let that process take place
Others were there to voice their concern about vaccine mandates–
We have people in the hundreds here showing you that we dont want this. We don’t want it at all. We just want to have that choice to opt out
The board was split–
Joel Anderson, San Diego County Supervisor
None of us want to see our neighbors die or our family or our friends but I don’t know how you stop misinformation or free speech — and nor would I want to
Supervisors ultimately voted 3-2 to adopt the resolution.
Nathan Fletcher, San Diego County Supervisor
I believe that the masks work, i believe that the vaccines works SLAMS GAVELand so I am not going back to down from what I believe is right
MH KPBS News.

A new rental assistance program for landlords is now available through the county, with a tenant program set to start Friday. But KPBS North County reporter Tania Thorne tells us many are hesitating to apply.

The pandemic caused many San Diego renters to fall late on their rent.
And although rental assistance programs have become available, Herminia Ramirez says people aren’t rushing to apply.
HERMINIA RAMIREZ/VISTA COMMUNITY CLINIC
“There’s a lot of questions and unknowns for community members that it’s hard for them to trust in this type of assistance and particularly with the population we serve and we focus on in my program.”
Ramirez manages programs for outreach in migrant health for Vista Community Clinic.
Starting today, community organizations like Vista Community Clinic will begin outreach for the county’s newest rental assistance program.
This one is aimed at helping landlords operating less than 5 rental units.
Qualifying landlords may receive up to $15,000 per unit in late rent dating back to April 2020.
Maria Yanez is the Housing Program manager for the city of Oceanside.
She says the application process for this program is also online.
Something not everyone is comfortable with.
6:10 – 6:30 (VOICE OF Graphic)
“In a tech savvy world you would think everybody would be up to par with technology.. We’ve had a lot of individuals have limited capacity with what they can and cannot do online. Many don’t know how to maneuver an online portal let alone upload documents.”
Yanez says many times, people needing assistance prefer a face to face meeting versus online or over the phone.
Ramirez says the County is relying on community based organizations to help with that.
HERMINIA RAMIREZ/VISTA COMMUNITY CLINIC
“I think the county learned a lot from the trusted messenger model that’s been issued out for other efforts. So I think there’s a lot to be said for that type of approach and really putting resources into the community.”
Information on rental assistance programs can be found on the county website or by calling 211 to connect to a local agency for assistance.
TT KPBS News.

We have an update about a south bay brewery that was recently forced to take down its outdoor dining area, while its neighbors were able to keep theirs. KPBS reporter Melissa Mae has been following the story.

Just a few weeks ago the owner of Chula Vista Brewery was ordered to take down his parklet… an outdoor dining space… and questioned why his neighbors could keep theirs. Today:
Shane Harris, People’s Asso. of Justice Advocates President
“The city of Chula Vista has granted Timothy Parker and the Chula Vista Brewery a new parklet space and today we have a lot to be proud of in that regard.”
Shane Harris is the president of the People’s Association of Justice Advocates and helped file the original claim against the city of Chula Vista.
Today was considered a win for everyone involved.
Timothy Parker // Chula Vista Brewery Owner
“What we plan on doing and moving forward is just going to be an awesome addition to the brewery and I have to thank everyone involved for helping me do this.”
Timothy Parker is the owner of the Chula Vista Brewery and is grateful that the city is giving him a permit for an outdoor space to complement his new food truck!
“The National Black Contractors Association already has plans to relocate these plants and create a handicapped accessible deck that will add up to 30 additional seats and be an extension of the brewery.”
Abdur Rahim Hameed // National Black Contractors Asso. President
“This will restore opportunities for this business to sustain its economic sustainability and one of the things that we are so proud to do is that we’re developing or working with the architects and the owners to design something that’s ecstatically enhancing to this community.”
Abdur Rahim Hameed is the president of the National Black Contractors Association and says building this outdoor space turns what could have been a tragedy of injustice into a showpiece of justice.
City officials have granted the brewery $15,000 of COVID relief funds to help build their outdoor space. Melissa Mae KPBS News.

Coming up…. A few months ago a supreme court ruling in Mexico barred prohibitions on recreational marijuana, but the legal status of the drug remains complicated.

“Estaria super padre tener ese reglamento, eso que nos regule, que nos de la confianza de saber que es lo que estamos consumiendo. It would be really cool to have those rules, something to regulate us, and give us the confidence of knowing what we’re consuming.”

We’ll have more on that next, just after the break.

Mexico’s Supreme Court made headlines around the world in late June when it ruled that prohibitions on recreational marijuana were unconstitutional. But despite that seemingly sweeping ruling, the legal status of marijuna remains a complicated one in the country. And that’s frustrating for entrepreneurs who look forward to the possibility of selling the drug legally.. From the Fronteras Desk in Hermosillo (air-mo-SEE-yo), KJZZ’s Murphy Woodhouse reports.

That’s it for the podcast today. Be sure to catch KPBS Midday Edition At Noon on KPBS radio, or check out the Midday podcast. You can also watch KPBS Evening Edition at 5 O’clock on KPBS Television, and as always you can find more San Diego news online at KPBS dot org.

Pushing the Boundaries of Art – University of San Diego Website