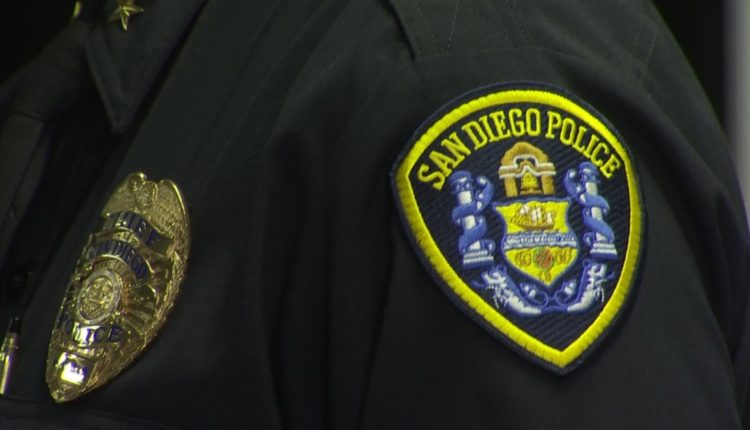 A controversial anti-vaccine thread in an online forum is causing concern because it involves members of the San Diego Police Department.

The post calls on hundreds of officers “willing to risk it all” to fight city and state pandemic-related rules.

In the post, a police sergeant allegedly claims he and a growing number of officers have vowed to “never take the vaccine, be tested or wear masks — unless by choice.”

A local activist named Tasha Williamson posted screenshots of the thread on Facebook. It’s said to have come from a forum on the San Diego Police Officers Association website. In the post, the sergeant claims he and a growing number of officers are vowing to “Never take the vaccine, be tested or wear masks – unless by choice. Titled “(Vaccine Mandate) Will You Stand? 1776 again!!!…,” the post by the officer claims he and another “God fearing patriot” within the department are building up a coalition of officers who will “stand up for our God given freedoms and are willing to risk it all.”

The writer claims there is a sinister agenda plaguing our country, that vaccines are deadly and masks are demoralizing. Writing “This is the hill to die on, because I promise you if ‘We the People’ lose this fight there won’t be another hill to fight on,” he adds later, “For those who have taken the vaccine, been tested or choose to wear the mask, I support you 100% as you used your free will to make those decisions. Now I ask you to stand with your colleagues free will as well.”

The officer claims to have 16 years in the department, “a family, single income and a mountain of debt,” adding that losing “this job would be devastating.” But, he writes, he refuses to bow down to what he calls tyranny.

The post ends with a cryptic tag often associated with QAnon conspiracy theories.

Concerned about the post, the NAACP’s San Diego Branch is now calling for an FBI investigation.

“I was a little bit stunned when I saw that,” replied branch vice-president Brian Bonner when asked for his first reaction to the post, adding later, “I am disturbed that we have somebody who now believes more about personal and 2nd Amendment rights then his obligation to protect and serve, which includes not exposing the public to infectious diseases, which is a real concern now.”

In the post, the sergeant also said there will be posts in the future with further direction, but, according to a leaked San Diego Police Officers Association email, the forum has been temporarily suspended.

“Members should know that topics of conversation on the forum are not private, and could be used against individuals in disciplinary actions and harm the ability of the SDPOA to bargain with the city over working conditions,” the email said, in part.

The San Diego Police Officers Association declined to comment for this story, but the San Diego Police Department said it is aware of the post, that they are reviewing the situation as a personnel matter and that the sergeant is just one of nearly 2,000 officers in the department.

“The San Diego Police Department is aware of the social media comment posted by an SDPD member regarding COVID-19 vaccinations. This post was made by one individual. SDPD currently employs approximately 1,950 sworn members and always encourages safe workplace practices.

SDPD is reviewing this as a personnel matter to determine if the officer violated department policy.

SDPD holds its members to the highest standards. Any department member found to be in violation of SDPD’s policies or procedures will be held accountable.

SDPD strongly encourages all of its members to get vaccinated and continues to make COVID-19 vaccine readily available.”