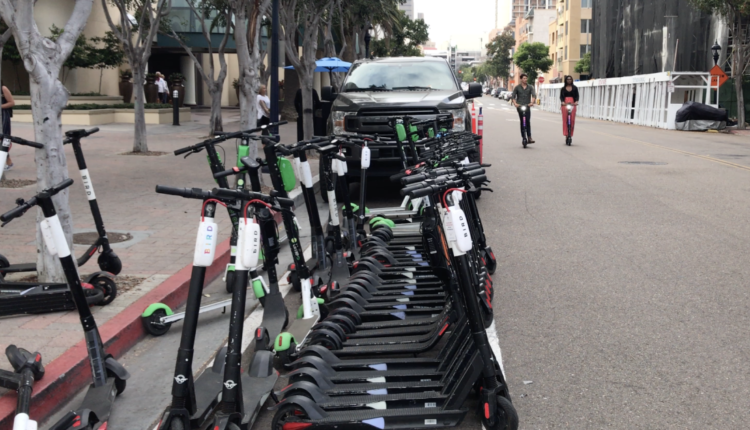 SAN DIEGO (KGTV) – As the summer moves on and a sense of normalcy returns from the coronavirus pandemic, some San Diego neighborhoods are seeing the return of electric scooter-related issues.

The City of San Diego saw an increase in scooter-related issues reported through the city’s Get It Done app beginning in February.

There were also 348 reports made during the Fourth of July weekend.

In comparison, March was the month with the highest reported number of scooter incidents in 2020, with 2,139.

The City also kept track of the unique, un-duplicated number of individuals making a report each month. That data is as follows for 2021:

Safe Walkways SD, which advocates for the restoration of safety for pedestrians on city walkways, says the issues with scooters stem from people not following many of the rules. They range from safety concerns of people riding on sidewalks and riding the wrong way on one-way streets. The other issue is clutter and people leaving the scooters in places they’re not supposed to be.

The City says it takes every report seriously and is considered important to be reviewed for compliance and operator response.

ABC 10News reached out to several of the scooter companies operating in San Diego for comment and have not yet heard back.