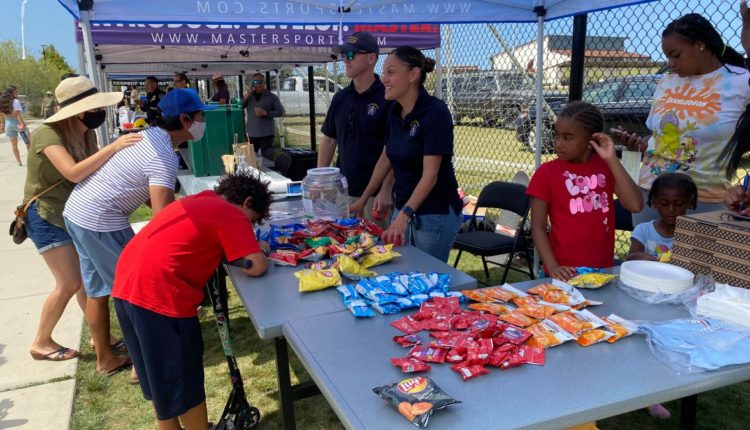 San Diego Police officers are trying to build bridges with the community, with the help of skateboards. The department helped organize Skate Jam Saturday in Carmel Valley. The event was canceled last year due to the pandemic.

Some officers got on skateboards themselves. It gives them an opportunity to interact with families in a fun environment. The skate park attracts people of all ages and skills.

“I get a little nervous on my board sometimes, but I keep trying tricks,” said Bailey Daniels, an 11-year-old San Diego resident.

Bailey gets a little anxious on her board, but she is more comfortable being around law enforcement now. She might be a police officer one day.

“A lot of people think that policing is about stopping people and writing tickets and that sort of thing, but really it’s about service,” said Captain Benjamin Kelso of the San Diego Police Department.

Families were treated to music, food and refreshments. Kids also won raffle prizes. Some were already familiar with law enforcement and have a positive image. Others were getting a closer interaction.

“It’s fun. I think it’s a good event. I wanted to bring them so they can talk to officers. It’s a good community event,” said Debbie Marka, said Valley Center resident who brought her three grandchildren to the skate park.

Policing has come under scrutiny in recent years. Events like Skate Jam are meant to bridge the community divide, making the neighborhood safer. The City of San Diego hopes to have similar events in the future.