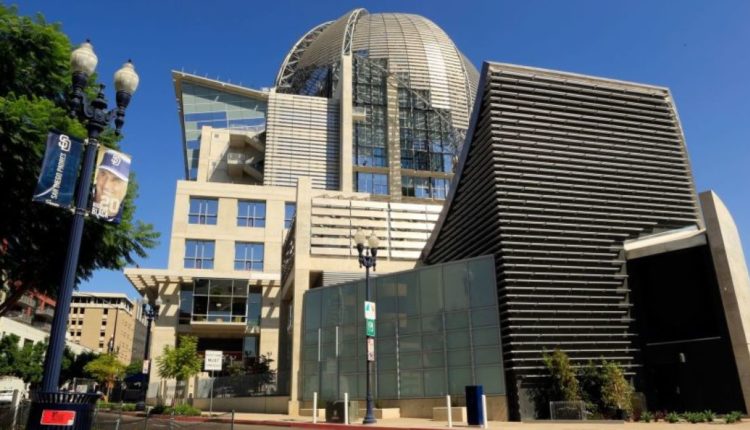 The 92-page proposal, which could go to the City Council for approval as soon as January, would encourage more full-service branches by establishing a minimum amount of library square footage required per person.

“There are still striking inequities among San Diego’s diverse communities in terms of their access to library services, technology, spaces and resources,” the proposal says.

“There is no one-size-fits-all library that’s right for all of San Diego,” said Jill Eyres, an architect who helped create the proposal.

The proposed master plan would replace a 2002 document that focused primarily on building new branches, but not on equity. That plan also didn’t anticipate San Diego’s population growing by 200,000 in the next two decades.

While the 2002 plan spurred construction of new branches in many communities and replacement of some older branches with larger versions, it impacted less than half the system’s 36 branches.

As a result, the proposal says more than half of the city’s branches are still smaller than the minimum size of 15,000 square feet recommended by the last master plan.

“The library expansion projects of the past 20 years just didn’t have enough space to stay ahead of population growth,” said Carson Block, a library technology consultant who co-authored the proposal with Eyres.

The proposal, which city officials call a “master plan framework,” stresses that San Diego also hasn’t increased funding since 2002 to keep up with new square footage and the public’s demand for more services and technology.

The library system has 84 percent more square feet than it had 20 years ago, but funding has climbed by less than 60 percent. The City Council committed in 2002 to spending 6 percent of its general fund on libraries, but that ratio has remained about 3.5 percent.

The proposed master plan says the library system’s spending is less than 70 percent of the state average on a per-resident basis.

The proposal notes that additional money would come with a strong return because larger branches are cheaper and more efficient to operate than smaller ones.

The proposal is the result of nearly two years of research, public surveys and focus groups.

“We looked at what other libraries and communities are doing nationally and around the world,” Eyres said. “And we looked hard at what San Diegans had to say.”

The survey, which more than 8,000 people completed, was available in seven languages: Arabic, English, Chinese, Farsi, Spanish, Tagalog and Vietnamese.

“Every library in the San Diego public library system should provide a ‘wow’ experience for patrons,” she said. “It should be a place they want to come back to over and over again.”

Most people praised their local libraries in the survey. The most common criticisms were weak internet service, not enough event space and safety concerns, particularly related to the presence of homeless people at some branches.

Misty Jones, the city’s head librarian, said the proposal will be presented Sept. 22 to the City Council’s Public Safety and Livable Neighborhood’s Committee.

Jones said the document is only a framework for the library’s future. It will be used, starting next year, to create a specific action plan.

A public forum on the proposal will be held on Zoom at 2 p.m. Sept. 18. The proposal can be found at sandiego.gov/sites/default/files/lmp.pdf