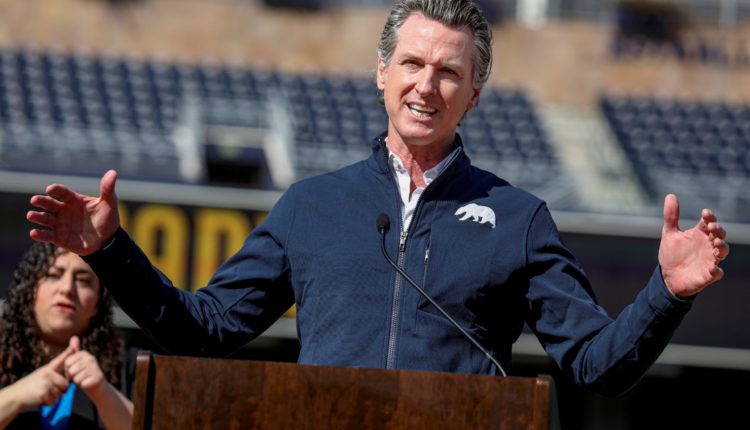 Gov. Gavin Newsom will barnstorm the state over the weekend to campaign against the recall effort targeting him, with a stop expected in San Diego.

He began Friday in San Francisco, saying the stakes of the Sept. 14 election are “profound” and again condemning the recall effort as a Republican power grab.

Newsom is expected to hold campaign events in San Diego and Los Angeles on Saturday, with additional events expected Sunday.

During his San Francisco event, Newsom said he anticipates President Joe Biden and Vice President Kamala Harris to both make appearances on his behalf in the coming weeks. Biden issued a statement in support of the governor on Thursday.

Meanwhile, Reform California will host a pair of “YES on Recall” rallies in Riverside County Saturday to persuade voters as they try to oust Newsom.

The rallies, set for Temecula and La Quinta, will feature guest speakers as volunteers embark on the group’s door-to-door campaign in Southern California.

The Temecula rally will be held at 9 a.m. at the Temecula Duck Pond and Park, off the 28250 block of Ynez Road.

“With Gavin Newsom sitting on millions in special interest campaign cash, we know we will be outspent on expensive TV ads,” said Reform California chairman Carl DeMaio, a former San Diego mayoral and congressional candidate, “… but we won’t be outworked on the ground with our growing team of grassroots volunteers.”

Reform California cited rising taxes, justice policies, homelessness and what it called a failing school system as reasons for its recall campaign on its website.

Although the group advocates for Newsom’s recall, it did not endorse an alternate candidate.