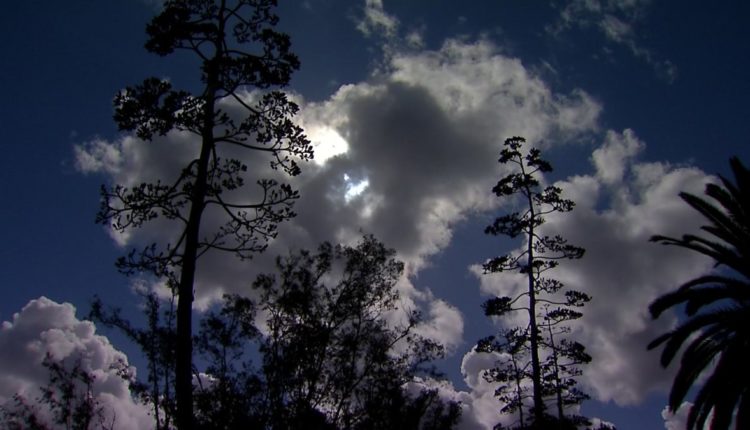 Another hot day Sunday was forecast for inland San Diego County, and increasing monsoon moisture is expected to create more humid conditions and a chance for showers and thunderstorms each day through Wednesday, the National Weather Service said.

Storms over the lower deserts and mountains were expected Sunday afternoon and there could even be a few stray showers tumbling into the foothills west of the peninsular ranges of San Diego County, forecasters said.

First showers forming in the lower San Diego mountains – activity will move east to west and increase over the mountains in the afternoon with thunderstorms forming #monsoon #CAwx note: Poway is ground clutter pic.twitter.com/tni11b6HM3

Minimum relative humidity of near 20% will trend upward into Monday due to the monsoon flow.

Cooler weather was forecast to spread farther inland after Sunday, as the marine layer rebuilds with periods of night and morning low clouds and fog.

For Tuesday, the flow turns more southerly, and instability aloft was expected to increase over the entire area as another surge of subtropical moisture pushes northward.