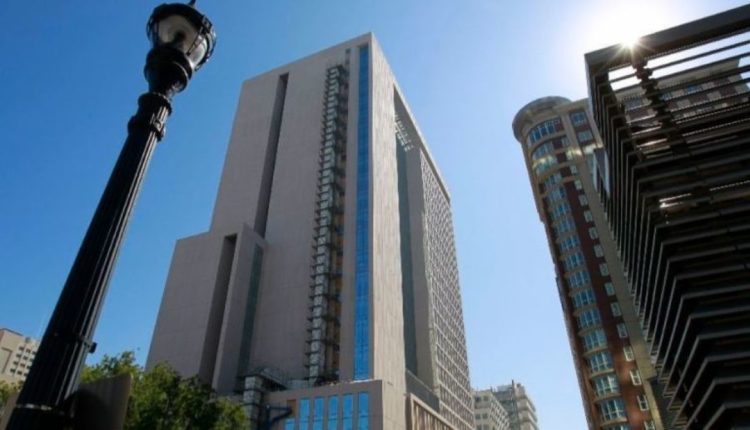 For Karley Nelson, getting a job offer from the San Diego Surf Soccer Club, one of the county’s premier youth soccer organizations, was a dream come true.

Then she attended her first staff meeting.

Soon after her supervisor, Rob Becerra, introduced Nelson to her new colleagues, he gave her a call. Becerra, who hadn’t seen Nelson in person in quite some time, told her she’d “lost some butter,” indicating she had lost weight, and said her presence in the office might prevent her male co-workers from getting their work done, according to a recently filed lawsuit.

Nelson’s lawsuit said Becerra made many harassing comments throughout her year with the club.

Nelson said she tried to address the situation on several occasions. She repeatedly told Becerra his remarks were inappropriate and reported his actions to his supervisors.

Still the club didn’t remedy the situation, the lawsuit stated.

“(Nelson) did what we want women to do, which is to feel empowered and strong enough to say, ‘Hey, knock it off. What you’re doing is making me feel uncomfortable,’” said Josh Gruenberg, Nelson’s attorney. “And they didn’t do anything about it.”

Francisco Loayza, the soccer club’s defense attorney, said his client strongly denied the allegations and plans to respond in court. He said Nelson’s allegations were promptly and thoroughly addressed.

“We’re not going to try this case in the media, and we look forward to clearing our client’s good name from these baseless allegations,” Loayza said. “Our client takes all harassment complaints seriously and doesn’t tolerate any inappropriate behavior in the workplace.”

Established in 1977, San Diego Surf Soccer Club is one of the oldest competitive youth soccer clubs in Southern California. The club has won 11 national championships and established more than 40 affiliate clubs, according to its website.

It was partly this history that made the opportunity at the club so exciting for Nelson when she was offered the job in January 2020. She said the inappropriate and unwelcome comments were a huge disappointment.

The statements Becerra made after Nelson’s first staff meeting were just the beginning, according to the lawsuit.

Less than two weeks later, Becerra and Nelson were setting up the fields for training when Becerra commented on Nelson’s gait. When Nelson told him that she walked like an athlete, Becerra told her she could “sleep with any of the guys in that clubhouse,” the suit stated.

Over the next several months, Becerra made repeated comments about Nelson’s body and touched her without her permission despite her objections, according to the suit.

Once, while playing golf, Becerra told Nelson that her body was nicer than the body of the woman selling refreshments, commenting specifically on Nelson’s “nice legs” and “little waist,” the lawsuit said.

Even while coaching, Nelson found herself working to avoid Becerra, she said in her complaint.

During one match, Becerra put his arms around Nelson and his cheek against hers to give her coaching advice, according the lawsuit. The complaint said that Becerra touched Nelson four more times that game, always seeking an embrace.

“It was incredibly uncomfortable and created a hostile work environment,” Nelson said in a recent interview, echoing allegations she made in her lawsuit. “I tried to limit interactions with him, whether in the workplace or over the phone.”

Nelson tried for weeks to meet with Becerra’s supervisors.

At first, his bosses downplayed Nelson’s complaints, the lawsuit said. She was told it would be “better on all fronts” if no one knew about the harassment, and it would be best if Nelson didn’t bring it up with Becerra so he wouldn’t retaliate against her, she said in her lawsuit.

Becerra remained Nelson’s supervisor, even after the complaints.

Toward the end of her time with the club, Nelson attended a leadership retreat with her colleagues in Palm Springs at which she was the only woman present.

During a dinner, the supervisor she had confided in about Becerra’s actions told Nelson she was beautiful and that he, the supervisor, was still trying to convince his partner that she doesn’t have to worry about Nelson as romantic competition, Nelson’s lawsuit said.

Nelson said in an interview that her decision to file a lawsuit was a difficult one, but she felt she had a responsibility to file “in hopes of bringing about change so that others are not subject to harassment in the work place,” she said.

The lawsuit, which was filed in San Diego Superior Court in May, seeks unspecified damages.