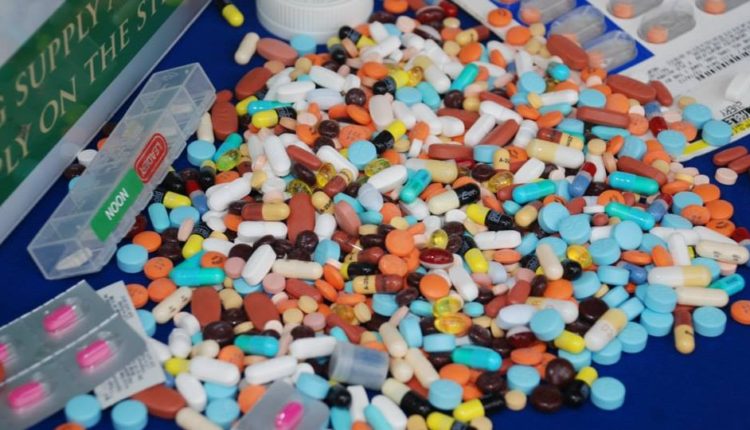 Drug use was at a 21-year high for adult males arrested and booked into local detention facilities in 2020, with methamphetamine and fentanyl posing some worrying trends, according to a San Diego Association of Governments report released Thursday.

The new SANDAG report found 82% of males surveyed tested positive for at least one illicit substance, a 3% increase from 2019. Drug use among adult females surveyed significantly decreased from the 82% in 2019 to 67% in 2020. This represents the lowest positive rate for adult females since 2015.

The SANDAG surveyors were able to complete interviews with 308 arrestees.

“It is important to note the potential impacts of the COVID-19 pandemic on data collection for this report,” said Cynthia Burke, SANDAG director of research and program management. “The large decrease in drug use among adult females could reflect modified booking policies as a result of the pandemic, which impacted who was available to be interviewed for this project.

“However, even with these changes, the majority of adults who are booked are drug-involved, and this is true regardless of why they are booked, highlighting the ongoing need to address substance use and addiction as both a public safety and health issue,” Burke concluded.

Methamphetamine continues to be the drug of choice for those booked into local detention facilities in 2020. Of those surveyed, 57% of males tested positive for meth, a 2% increase from 2019 and a new 21-year high. A total of 53% of females tested positive for meth. More than four in five arrestees — 84% — said that meth was “easy to obtain.” Comparatively, 65% reported marijuana was “very easy” to obtain.

Of those arrestees surveyed, 45% were booked for a violent offense, 22% for an “other offense,” 18% for a property offense and 15% for a drug offense.

Additionally, 40% of arrestees reported they had previously received drug treatment and 88% reported previous arrests in the past. A total of 37% had been diagnosed with a mental health disorder, 70% reported ever being homeless, 19% have ever overdosed and 45% of these individuals had been administered naloxone to rapidly reverse opioid overdose.

Interviewers found that 27% thought they had used a drug that contained fentanyl even though they had not intended to purchase it. Only 15% said they had ever intended to use the drug without a prescription.

Despite legalization, 62% of arrestees reported obtaining marijuana in multiple ways, with the most common methods including through a recreational dispensary — 95% — and illegally on the street  — 74%.

Since 2000, SANDAG, through its Substance Abuse Monitoring program, has conducted interviews in local detention facilities. The program helps identify drug use trends among adult and juvenile offender populations in order to develop prevention strategies for the San Diego region.