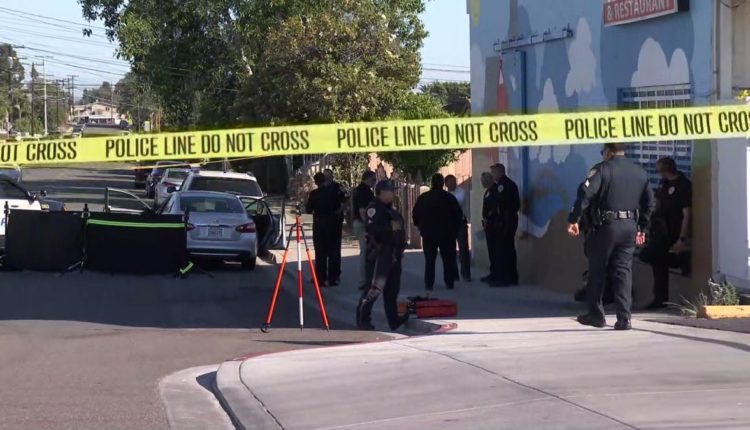 A woman was taken into custody following the stabbing death of another woman in National City, police confirmed.

Police responded to a report of an assault at 1800 S. Lanoitan Ave. near 18th Street at around 3 p.m. Tuesday, according to NCPD. When officers arrived they found a woman in the driver’s seat of a car suffering from multiple stab wounds.

Witnesses gave officers a description of a female suspect that allegedly ran from the scene and officers began searching for her. Soon after they found a woman matching witness descriptions who “had blood all over her” and she was taken into custody, according to NCPD.

A knife, identified as the murder weapon by police, was found inside the car.

Christian Warren and his girlfriend Ashley Chavez were watching a movie in their car parked on the street when the scene unfolded just steps behind them.

“Yeah, we were pretty nervous,” Warren said. “We were like, ‘What’s going on?

What Chavez saw next was chilling.

“I looked right here in my review mirror and the cop was just pulling the lady out of the car. Her shirt was just full of blood,” she said. “I was in shock I have never seen anything like that.”

The victim died at the scene. NCPD confirmed she was the driver of the car she was found in. The silver Nissan sedan had an Uber sticker on its window, but NCPD could not confirm if the victim was an Uber driver.

A spokesperson for Uber said if the victim was working for Uber at the time she was killed, they wouldn’t confirm it until the victim’s family was notified.

“If it is true that it was an Uber driver it is crazy,” Chaves said.

Police credit witnesses for helping to quickly identify the suspect and leading them to her. She left a trail of blood that led officers to a mobile home blocks away where she was hiding/

Check back for updates to this developing story.