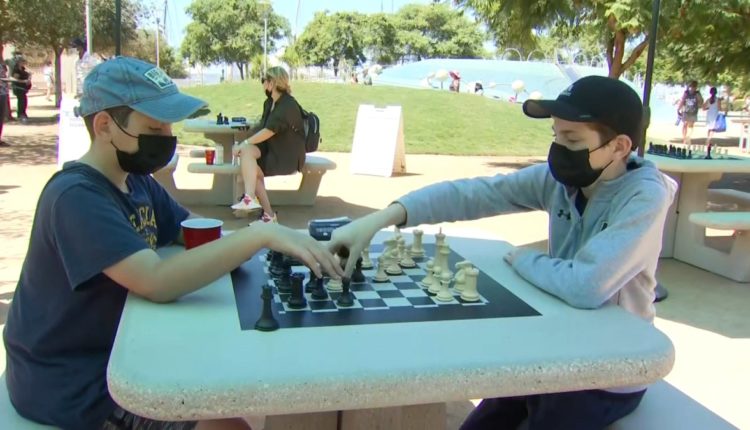 The county opened a new chess area Saturday at the Waterfront Park next to the County Administration Center downtown with a tournament and ribbon-cutting ceremony.

The chess tables are next to the playground, near the corner of Pacific Highway and Ash Street and include one table which is ADA accessible. Chess pieces can be checked out on a first-come, first-served basis from 9 a.m. to 5 p.m. daily at the Waterfront Park office, at the south entrance of the County Administration Center, according to Gig Conaughton, the county spokesman.

“You may not think of this as recreation in a traditional sense,” Fletcher said, “but the benefits of playing a game that demands this type of strategic thinking can grow exponentially when you have the opportunity to play it outside, in the fresh air and in a peaceful, social park setting.”

The chess tables are part of a larger renovation for the park that opened in 2014 and will add a dog park, exercise equipment, pickleball and basketball courts, and a T-ball area.

“By continuing to diversify offerings, we are bringing more recreation options to more people and meeting a variety of wants and needs in the community,” Fletcher said.

The County’s Department of Parks and Recreation said it hopes to open some of the other park improvements next year by spring.