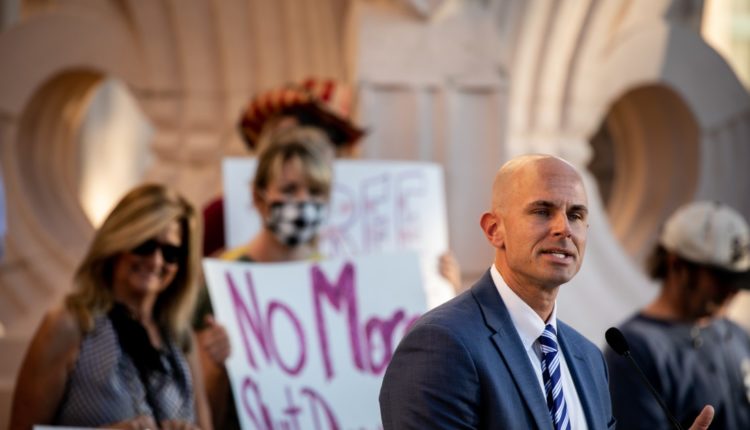 Bailey, a registered Republican who won a seat on the Coronado City Council in 2012, filed a statement of organization with the Federal Elections Commission announcing creation of the Richard Bailey for Congress committee.

Promoted to the Mayor’s Office in 2016 following a single term on the City Council, Bailey said he wants to apply the no-nonsense governance model he has overseen in Coronado to the nation’s capital.

“We have a track record of keeping the public safe, paving our streets and balancing the budget with low taxes and zero debt,” he said Monday. “We want to bring this fiscally responsible and socially respectful leadership to Washington.”

As mayor of Coronado, Bailey was at the forefront of opposing COVID-19 restrictions as the virus spread across San Diego County last year.

“Enforcement of these provisions is not in the public’s interest,” he wrote in an opinion piece published by KUSI-TV last year.

“These orders are an abuse of power that infringes on basic civil liberties and defy common sense while putting the health of the public and enforcement officers at risk,” he wrote.

Bailey, 34, grew up in La Mesa and attended local schools before earning a bachelor’s degree in business administration and finance from Cal Poly State University.

He later earned a master’s degree in economics from the University of North Dakota and worked as a financial analyst for United Technologies, according to his profile on the LinkedIn social media platform.

Bailey now teaches economics at the University of San Diego. He was married to his college girlfriend but the couple divorced in 2014, according to San Diego Superior Court records.

The Coronado mayor will be trying to unseat a popular five-term congressman who is well known across San Diego County.

Before being elected to Congress, Peters was an environmental lawyer who served two terms on the San Diego City Council and also has served on the Port of San Diego board and the California Coastal Commission.

The 52nd Congressional District stretches from Coronado north to Poway and includes much of coastal San Diego.

Democrats outnumber Republicans in the district by 40 percent to 26.7 percent, according to the California Secretary of State. Almost 28 percent stated no party preference when registering to vote.