Can San Diego County get ahead of the climate change curve? – The San Diego Union-Tribune 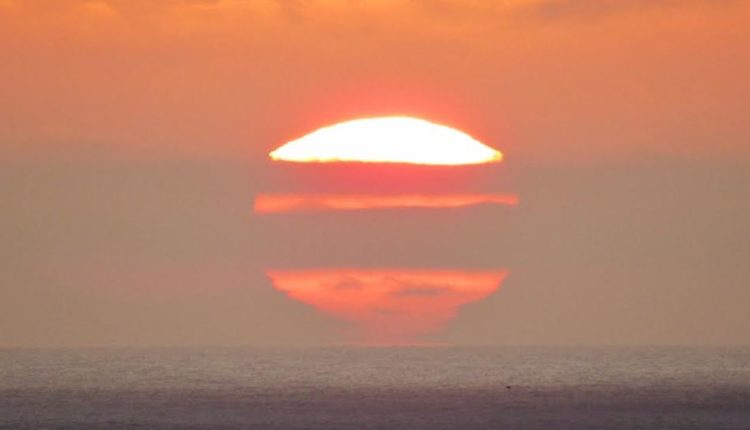 The County Board of Supervisors received reports on both projects Wednesday and discussed the balancing act required to slash carbon emissions while preserving jobs and expanding housing.

Both plans must “address the urgency of climate change and the urgency of putting housing in the right place,” said Board Chair Nathan Fletcher. “It’s amazing if you address those correctly, how those two can align.”

County officials hope to craft plans that will enable San Diegans to live and work in close proximity, creating housing while eliminating lengthy commutes. To achieve that, it will be essential to develop cost-effective regulations, they said.

“The more regulations we add, (housing) prices go up and our workforce moves further and further away,” said Supervisor Jim Desmond, noting the unwitting carbon contributions of San Diego workers who commute to work from Temecula, Imperial County or Mexico.

The Climate Action Plan covers the portion of unincorporated land under county jurisdiction and is a required component of its general plan.

Supervisors also authorized a separate sustainability plan called a Framework for our Future, which spells out steps to “decarbonization” by eliminating carbon dioxide emissions, reducing “super-pollutants” such as soot and smog, and capturing pollution from the atmosphere.

That plan will be developed with cities, school districts and other agencies, under guidance from the UC San Diego’s School of Global Policy and Strategy and the University of San Diego‘s Energy Policy Initiatives Center.

“We are announcing this regional decarbonization framework to position the county as a leader in equity and climate change, and to define a collective vision for our future,” said Murtaza Baxamusa, cq the county’s program manager for regional sustainability and climate action.

The new efforts mark a reversal for the Board of Supervisors, which spent nearly a decade defending earlier versions of its climate plan against lawsuits from environmental organizations. The nonprofits argued successfully in a series of court challenges that the county failed to comply with state environmental law; the groups won their most recent court battle in June 2020.

The Board of Supervisors, with three new board members elected last fall and a new Democratic majority, abandoned efforts to defend its previous versions of the plan.

Instead supervisors directed county staff to develop a new plan that is legally enforceable and doesn’t use carbon offset credits — which allow developers to pay for excessive emissions. The county’s plan must clear goals and measurable metrics for environmental justice and chart steps to achieve zero carbon emissions by 2035, they said.

“One of the things I’m very interested in (is) whether we think there are improvements to the (Climate Action Plan) that were not litigated but could be improved,” said Supervisor Terra Lawson-Remer. “How do we better establish protocols and make sure we’re doing the accounting we need to make sure our CAP is as effective as possible?”

The first step of the climate action plan is creating inventories of greenhouse gas emissions by county government and the unincorporated communities it represents. That accounting includes activities such as water use, fuel consumption and emissions from future developments in the unincorporated area.

Then officials will recommend strategies to cut emissions from various sectors. For instance, plans for solid waste industries could include technological advances, job training, and public education to eliminate the need for landfills through reduced consumption, increased reuse and sharing of materials and “100 percent waste diversion,” the board letter stated.

The plan may also identify “smart growth” zones that would encourage residential and commercial mixed use. Those zones could feature elements such as environmentally friendly design, access to job centers and public transportation options, the letter stated.

Throughout the meeting speakers referenced ongoing effects of climate change, including record heat waves, drought, wildfires, storms and sea level rise. Those events affect everything, from ecosystems and food production to businesses and jobs, and require coordinated responses by public and private entities, officials said.

“Regional collaboration between agencies, universities, schools, businesses, workers, and communities is essential to develop policies and programs to generate momentum, learn from each other, and provide a standardized regulatory structure,” wrote Deputy Chief Administrative Officer Sarah Aghassi in the report to the board.

The effects of climate change are worse for lower income communities and workers, she wrote, adding that decarbonization efforts are “intended to save lives, benefit underserved and frontline communities, create high quality green jobs and ensure economic resilience.”

The plan should be flexible enough to tap rapidly changing technology as it comes to market, Aghassi wrote: “One such example is the infrastructure implications of the adoption of hydrogen-fueled vehicle fleets for freight and passenger transport sectors.”

Strategies could include “negative emissions technology” that enables scientists to capture and store carbon. And they could incorporate natural carbon absorption through reforestation, restorative crop rotation and wetland restoration.

“The goal is to achieve a balance of the carbon cycle in nature, so that the planet stops warming,” Baxamusa said. “That is the measure of our success.”