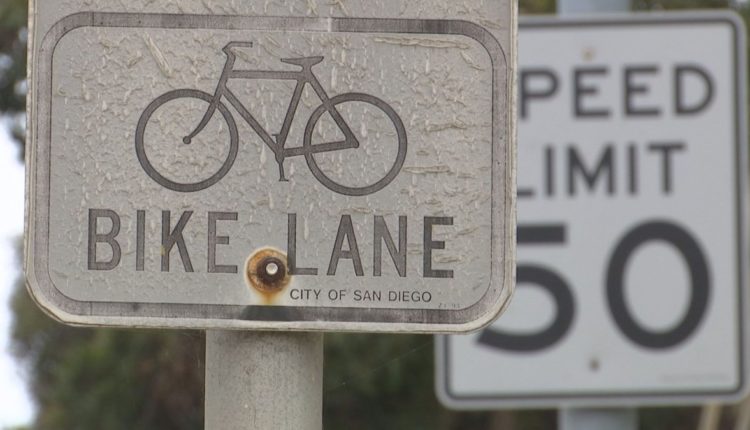 But the city’s construction of bike lanes didn’t parallel that boom. So with more bikes than ever on the road, and the return of car traffic, some cycling advocates are warning that lives are on the line.

The San Diego Bike Coalition reports 12 bicyclists have been killed in accidents with vehicles in the county so far this year. The pain of losing a loved one this way is something Nancy Cavanaugh-Wilson knows all too well.

“I haven’t been able to bike. I can’t get on it, so it just sits in my garage,” Cavanaugh-Wilson told NBC 7 as she revealed her bicycle tucked away in a corner of her garage.

Her husband, Kevin Wilson, was killed in January 2020 when a driver swerved into the bike lane and crashed into the back of Wilson’s bike. He died on the scene.

“Of course he had his helmet, but he didn’t have a chance,” Cavanaugh-Wilson said. “Kevin was… he was my rock. He was the love of my life. And he’s gone. And my life, it’ll never be the same, and it’s just hard.”

Cavanaugh-Wilson said she breaks down every time she hears about another cyclist’s death. Like 34-year-old Salk Institute researcher Swati Tyagi, 75-year-old retired physicist Allen Hunter II or 57-year-old San Diego State University administrator Laura Shinn. They are just three cyclists who have lost their lives on San Diego roads in 2021.

Cycling enthusiast Adam Cunningham used to ride every day, but he said these days he’s sticking to his stationary bike at home.

“I’ve had situations here where I’ve been accosted. I’ve been yelled at, cursed at, told I’m lucky I wasn’t killed or run over,” he said.

Cunningham said he’s not comfortable riding in unprotected bike lanes. He said the lanes are often blocked by illegally parked vehicles, or people walking in them, forcing cyclists out into traffic unexpectedly.

Andy Hanshaw, executive director of the San Diego Bike Coalition, has been tracking the recent rash of bike deaths.

“It shakes you to your core as a cyclist and as a human being,” Hanshaw said. “It’s just so tragic. And we are so sad about the circumstances that could have been avoided. This is where it hurts.”

Protected bike lanes have been built on 4th and 5th Avenues in Bankers Hill, but right now they’re blocked off, pending a paint job and traffic light changes. They won’t be completed until next year, according to SANDAG.

“I bike on this street right here on Fourth,” said Jesse O’Sullivan, Circulate San Diego’s policy counsel. O’Sullivan said he still rides his bike almost every day, but won’t let his children ride with him. He believes it’s too dangerous.

He thinks the city is heading in the right direction, just not quickly enough.

“There hasn’t been a sense of urgency around building bike infrastructure. I think people think of it as a neat project that will be cool and interesting when it’s finished. When really it’s a life or death situation. Cyclists are dying because they don’t have a safe place to be.”

Both Mayor Todd Gloria’s office and SANDAG turned down requests for interviews for this story.

NBC 7 Investigates pulled data from collisions involving bicycles and vehicles and found hundreds of crashes involving injuries every year. The 12 deaths we’ve seen so far this year is more than double the number of bike deaths reported in 2017.

“When one person loses their life, it’s too many, but there’s just been so many recently. There’s no excuse. Whatever it costs. Do it,” Cavanaugh-Wilson said.

She can’t explain why, but Cavanaugh-Wilson just had to have Kevin’s bike after the crash. “His hands touched that,” she said as she pointed at the handlebars. She also wears his dog tag around her neck every day. “I guess it just helps me feel close to him. I think he should still be here. And I just think how unfair it is.”

San Diego Couple Gets COVID-19; One Vaccinated, One Not – NBC San Diego