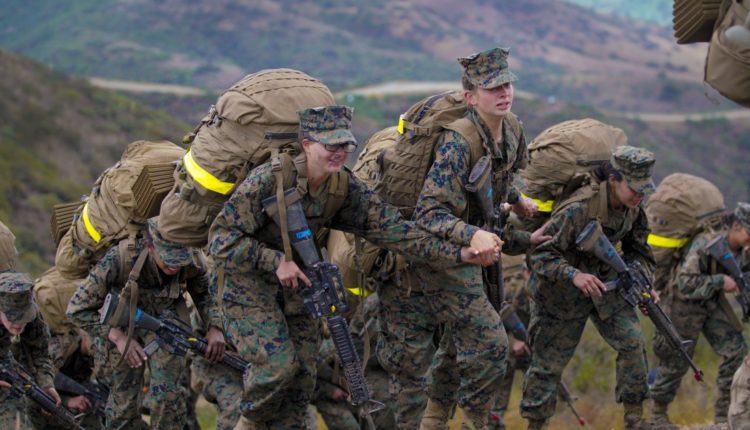 State Atty. Gen. Rob Bonta visited the San Diego region Friday to raise awareness about fraudsters who target members of the military and their families. He highlighted several predatory practices while promising a continued crackdown.

“We’ve been fighting against those who would defraud our service members, who would scam them, who would use predatory practices against them,” Bonta said during a press event that followed an hour-long meeting with staff at Naval Base San Diego. “I can personally to say, we have much more work to do. We’re leaning in hard.”

The state Attorney General’s office recently brought felony charges against a San Diego man who ran Go Navy Tax Services out of a trailer near the naval base. Paul Flanagan, 56, pleaded guilty to insurance fraud, scamming more than 4,000 Navy sailors. He was sentenced in June to a year of house arrest and $500,000 in restitution payments.

At Friday’s event, Bonta outlined a number of the various types of scams that have recently targeted military personnel, such “affinity scams” where fraudsters attempt to gain a victims trust by posing as a fellow service member.

Another common swindle are “illegal threats” made by debt collectors, he said. Such companies cannot legally revoke a security clearance or contact a commanding officer in order to collect an outstanding bill. They also cannot discipline, demote or garnish the pay of a member of the military.

Charlatans will also post fake profiles on dating apps and social media websites to perpetrate “sweetheart scams,” he said. Imposters will profess love and ask for money so they can come visit or pay for a medical emergency.

“Never send money or gifts to someone you haven’t met in person,” Bonta said.

“Rental” scams target military personnel looking for housing near a base. The perpetrators pose as real estate agents and post fake ads promising military discounts. If someone insists on receiving money before a property has been seen, it’s likely a scam, he said.

Car dealerships located near military bases also try to lure military folks with special deals, but too often contracts result in service members overpaying for the cost of a vehicle and the financing, Bonta said.

“Our one-on-one financial counseling sessions can assist service members with basic budgeting, credit and debt management, retirement planning and much more,” she said at the press event.

Potential scams can be reported at oag.ca.gov/report.

“We have our work cut out for us,” Bonta said. “The scams are evolving. The frauds are changing. There’s always new approaches for how our service members are being taken advantage of.”