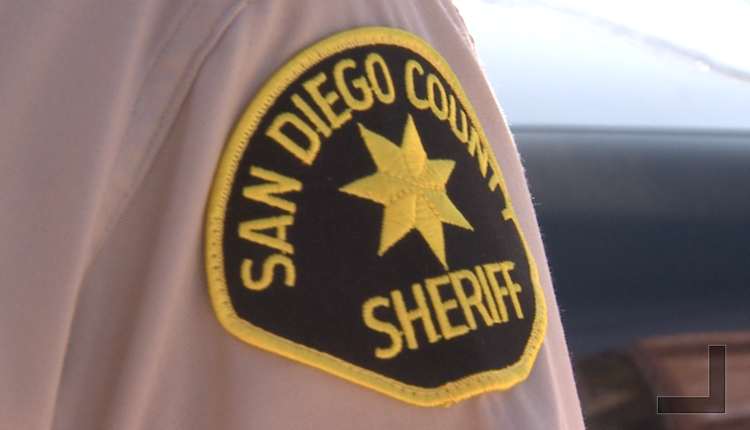 SAN MARCOS (CNS) – Three people suspected of robbing a man near a Walmart shopping center Sunday were arrested on suspicion of robbery and other charges, authorities said.

The incident began at about 9:38 a.m. Sunday when San Diego County Sheriff’s dispatchers received a call of a robbery that occurred near the Walmart shopping center at 732 Center Drive.

The victim reported he was in a fight with three people who had stolen his wallet and cell phone, according to a sheriff’s department news release. The sheriff’s helicopter, ASTREA, was in the area and spotted the three suspects running away and entering a tan Chevrolet Tahoe.

ASTREA directed deputies to the location of the Tahoe, which headed toward Nordahl Road when deputies initiated a traffic stop. As the Tahoe turned left onto Nordahl Road, one of the three suspects jumped out of the vehicle and tried to run away but was detained by deputies.

The Tahoe with the two remaining suspects continued northbound on Nordahl and a traffic pursuit ensued. It continued past Rock Springs Road at about 60 miles an hour when the driver lost control and collided with a utility box and wooden utility pole.

The driver suffered moderate injuries and the passenger suffered major, but non-life-threatening injuries. Both were transported to a local hospital, where they were treated for their injuries.

The robbery victim suffered minor injuries and was treated at the scene.

All three suspects were arrested on suspicion of robbery, assault with a deadly weapon, promoting or assisting a criminal street gang, and the driver was also charged with evading a peace officer with wanton disregard for safety.

‘It’s No Joke’: Mourning Families Plead the Unvaccinated to Get the Shot – NBC 7 San Diego