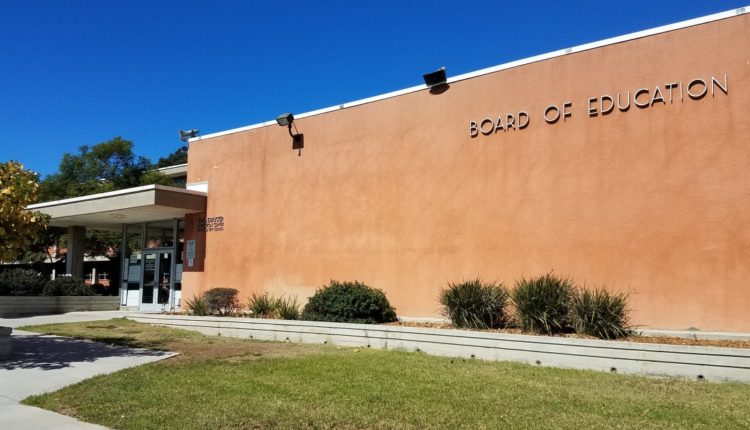 Any child in the district who turns 4 by Sept. 1 will be eligible for the program, which is being offered in 54 schools, district officials said.

The state promised in July that it will begin funding universal transitional kindergarten for all 4-year-olds in public schools by 2025. Children will be eligible if they turn 4 by Sept. 1.

Transitional kindergarten is an extra, optional grade that precedes kindergarten. Advocates say such early education opportunities are crucial to child development, bringing with them benefits such as higher academic achievement and a greater likelihood for students to graduate from high school, plus some much-needed child care for working parents.

In transitional kindergarten, kids learn the basics of school behavior, such as how to stand in line and how to keep their hands to themselves, Moore said.

“If you go into a kindergarten room, you can tell who has never been in a school right away,” she said.

But early-childhood education is expensive and inaccessible for many families.

The state offers free preschool or child care only to families who meet narrow income requirements. Families who don’t qualify have to pay for preschool, which on average costs more than $15,000 a year in San Diego County, according to the YMCA Childcare Resource Service.

Transitional kindergarten, on the other hand, has until now been available to some children depending on when they were born.

Currently, only children throughout California who turn 5 between Sept. 2 and Dec. 2 are guaranteed transitional kindergarten at their public school, a rule that many education advocates have said is arbitrary.

The program combined a transitional kindergarten teacher and a preschool teacher in the same classroom. The idea was that a preschool teacher would bring expertise specific to developing younger children, such as using play-based learning, while a transitional kindergarten teacher would bring expertise on curriculum and educational standards.

Because it was a pilot program, it had limited space — it served about 1,000 4-year-olds in classrooms at Title I schools, which serve low-income families.

There wasn’t enough room to meet demand; about 2,500 families originally applied and 480 were placed on a waiting list, Ceminsky said.

This school year, Ceminsky said, the district can serve at least 2,800 transitional kindergartners.

San Diego Unified doesn’t know yet how many 4-year-olds are in the district, she said, but the plan is to serve those students at 54 elementary schools where it offered the pilot program, then expand it across the district in the 2022-23 school year. ◆