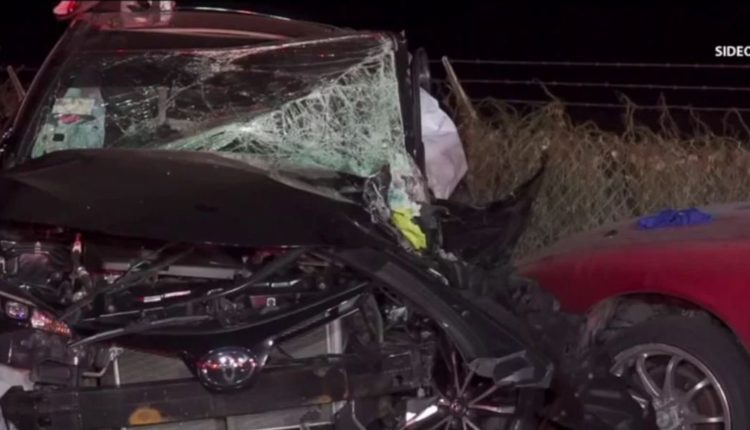 A man was killed in Spring Valley Monday night after veering into traffic and crashing head-on into another driver, the California Highway Patrol confirmed.

Garrow said that, for unknown reasons, the driver of the Nissan veered left into the eastbound lanes, slamming head-on into the Toyota.

The Nissan spun out and the driver was thrown from the car, Garrow said. The Toyota also spun out and crashed into a parked Honda Accord in front of a home.

Garrow said the driver of the Nissan – identified, for now, only as a 53-year-old man – died at the scene. The driver of the Toyota was taken to Scripps Mercy Hospital with major injuries.

No one else was hurt.

The investigation is ongoing. At this point, it is unknown if alcohol or drugs contributed to the deadly crash. Jamacha Boulevard was closed for about four hours following the collision.