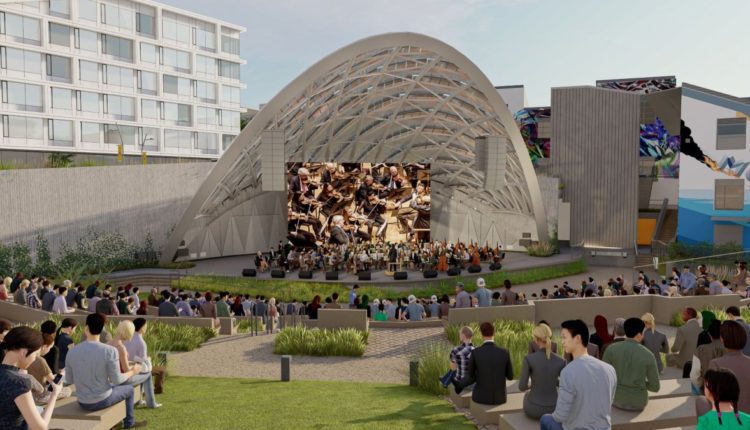 UC San Diego is getting a big boost in funding for its new amphitheater, which is currently under construction.

“Dan Epstein is the executive chairman and founder of the ConAm Group headquartered in San Diego,” according to UC San Diego. “ConAm is among the top privately owned apartment management/ownership firms in the country and presently operates a total of approximately 50,000 apartments throughout the United States.”

The university sent NBC 7 a pair of sketches of what the 2,850-seat amphitheater will look like once it’s complete.

“Its custom-designed acoustic shell serves as part of the stage, optimizing sound for a wide variety of productions, everything from large-scale rock concerts to classical quartets and theatrical dance,” the university said in a news release accompanying the donation announcement.

The new Blue Line trolley stop nearby will make events just steps away for public-transit riders when the shell opens to the public, officials said.

Officials expect the venue to host more than 300 performances a year, including theater, dance, visual arts and live-music events as well as film screenings. It’s expected to open in the fall of 2022.

“UC San Diego students are emerging and accomplished artists deserving of a world-class stage that they will bring to life,” said Vice Chancellor for Student Affairs Alysson M. Satterlund in the news release issued on Tuesday.