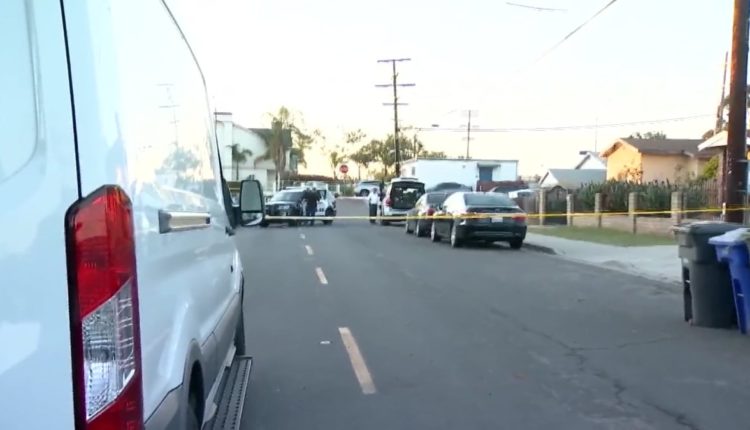 A woman who was fatally stabbed by an underage woman in National City after completing an Uber ride has been identified by family members and Uber.

The woman has been identified as Raquel Spohn Wehber, 58, from Tijuana. Uber confirmed to NBC 7 that Spohn Wehber was driving at the time of the incident and had just delivered the suspect and a male adult to that location.

Police on Tuesday responded to a report of an assault at 1800 S. Lanoitan Ave. near 18th Street at around 3 p.m., according to the National City Police Department. When officers arrived they found Spohn Wehber in the driver’s seat of a car suffering from multiple stab wounds.

Witnesses gave officers a description of a female suspect that allegedly ran from the scene and officers began searching for her. Soon after they found a woman matching witness descriptions who “had blood all over her” and she was taken into custody, according to NCPD.

Police said a knife was found inside the car.

The suspect has not been identified but police said she is under 18 years old and was booked into juvenile hall and faces one count of murder.

Spohn Wehber died at the scene. The silver Nissan sedan had an Uber sticker on its window, and the rideshare company confirmed Wednesday Spohn Weber was working when she was killed.

“The senseless and brutal crime of Raquel Spohn Wehber is heartbreaking and our thoughts are with her family. We stand ready to work with law enforcement on their investigation,” an Uber spokesperson told NBC 7.

Uber said they will be reaching out to Spohn Wehber’s family to offer their condolences and support.

Uber told NBC 7 the ride was requested by a male, and said the account holder has been banned from the platform. NCPD confirmed Tuesday there was a male passenger in the car, but the department has not revealed any details about the male’s whereabouts now or immediately after the stabbing, or his possible role in the killing. The relationship between the male passenger and the suspect is unknown.

NBC 7 has reached out to NCPD for details regarding the male passenger and has not heard back.

No information on events leading up to the stabbing was released.

Police credit witnesses for helping to quickly identify the suspect and leading them to her. She left a trail of blood that led officers to a mobile home blocks away where she was hiding.

Christian Warren and his girlfriend Ashley Chavez were watching a movie in their car parked on the street when the scene unfolded just steps behind them.

“Yeah, we were pretty nervous,” Warren said. “We were like, ‘What’s going on?

What Chavez saw next was chilling.

“I looked right here in my review mirror and the cop was just pulling the lady out of the car. Her shirt was just full of blood,” she said. “I was in shock I have never seen anything like that.”

Police said the victim’s sedan hit a parked car in front of it and prompted some neighbors to come outside for a look.