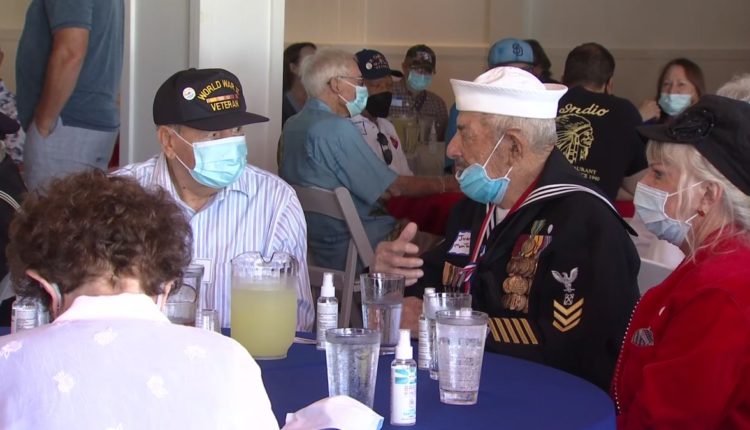 Dozens of local vets gathered in Mission Bay Sunday, to mark 76 years since the end of World War II.

The non-profit group, Honor Flight San Diego held its annual, Spirit of 45, event in Mission Valley to mark the surrender of the Japanese in August of 1945. Many veterans were excited to be able to reconnect with their fellow veterans in person, after more than a year of pandemic.

“We took men from offices from drug stores and made soldiers out of them. We did it in record time. We had challenges and we met them and we won,” said Andre Chapazz, a WWII veteran.

Another WWII veteran, Carl Lewis recalled where he was when Japan surrendered the war.

“I was in Manila Bay when they declared the war over,” Lewis said.

Lewis is among many veterans who’ve had the opportunity to fly to Washington D.C. and visit Arlington National Cemetery during an honor flight. Like many events, the pandemic also put those flights on hold.

“We’ve had to cancel three honor flights because of the pandemic,” said Holly Shaffner, Director of Public Relations for Honor Flight San Diego.

Many aging veterans are now unable to make the trip to Washington, D.C. because of medical conditions.