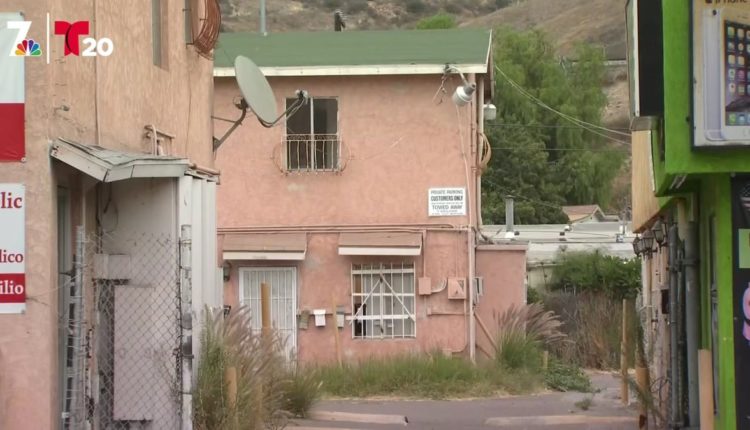 The San Diego City Attorney’s Office announced Wednesday that it’s seeking to shut down a dilapidated property in San Ysidro owned by a pair of Los Angeles residents — called “slumlords’ in a news release sent out by the office — that is infested with vermin and mold, forcing the relocation of many of its residents.

Originally a two-story home, a commercial building and 14-unit motel was added to the property at 319-323 San Ysidro Blvd., but over the years, motel rooms were illegally converted to businesses, and the building’s offices and motel rooms were rented out as apartment units that lacked heating, according to the city attorney’s office.

The property owners were not identified in a city attorney’s office news release. They were described as two Los Angeles County residents, though “at least one of them is believed to be living abroad.”

A civil enforcement action was filed last week against the property’s landlords following tenant reports of roach and rat infestations, mold in the walls, stairwells replete with protruding nails and exposed electrical wiring hanging from the walls, officials said.

Tenants who complained about the conditions were allegedly told to move out, but most of the residents have since been relocated with assistance from a city attorney’s victim services coordinator.

City inspectors began investigating the complaints in 2016, but say they were “repeatedly prevented from gaining access to the buildings.” Notices demanding the property’s rehabilitation and relocation of its residents were allegedly ignored.

“Families, including young children, were subject to deplorable and dangerous conditions, so my office stepped in to find them safe places to live,” City Attorney Mara Elliott said in a statement. “We will hold these absentee landlords accountable for subjecting their tenants to unimaginable living conditions and for relocation costs.”

The city attorney’s office is seeking civil penalties “of no less than $1 million” in addition to an injunction prohibiting the landlords from using or maintaining the property, and reimbursement for $28,200 spent to relocate 20 adults and four children.

The city’s attorney’s office also told NBC 7 that its goal, ultimately, is to get the buildings up to code and the businesses operating in compliance so that they are safe and legal for occupancy. The landlords will have to show plans that they plan to do that, a spokeswoman said.

The City News Service contributed to this report — Ed.