One Dead, One Seriously Injured in Rollover Crash Near Fallbrook – NBC San Diego 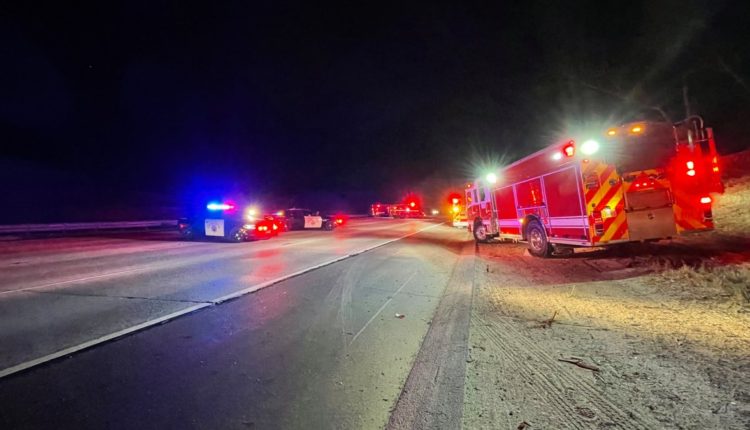 One person was killed and a man was hospitalized with critical injuries after a single-vehicle rollover crash today on southbound Interstate 15, causing the freeway to be shut down for hours, fire officials said.

The rollover involving a sedan happened at 3:24 a.m. on I-15 north of Mission Road, according to Capt. John Choi of the North County Fire Protection District.

Both occupants of the sedan were ejected, Choi said. One man was taken to Palomar Hospital as the California Highway Patrol shut down freeway traffic for the death investigation.

Caltrans San Diego said vehicles were diverted off the freeway at Rainbow Valley Road and a Sigalert was issued.

UPDATE: SB I-15 north of Mission (Fallbrook), all lanes remain closed due to an earlier traffic collision. Traffic is being diverted off the freeway at Rainbow Valley Blvd.
Please use an alternate route and avoid the area.

“Please give yourselves extra time this morning if you are heading south on the 15 Freeway,” the fire agency tweeted at 6:43 a.m.

The CHP was expected to reopen the freeway at about 10:15 a.m., Choi said, or as soon as possible after the roadway is cleared and the investigation is completed.

Man, 52, stabbed by one of three suspect at Willie Henderson Park in San Diego – 10News