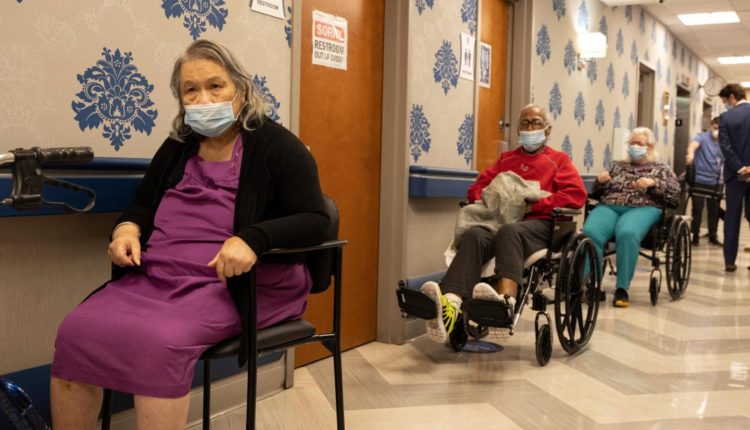 People who work at nursing home and rehab centers in California have less than 40 days to get vaccinated. And federal dollars will soon be on the line for centers that don’t comply.

NBC 7 Investigates wanted to find out exactly how many workers are still holding out on a vaccine. According to the Centers for Medicare and Medicaid Services, an average of 60 percent of nursing home employees are vaccinated nationally. That’s already low – but as of Aug. 1, the federally reported data shows three nursing homes here in San Diego County have an even lower rate.

Parkway Hills Nursing and Rehab in La Mesa, Lemon Grove Care and Rehab Center, and Victoria Post Acute Care in El Cajon all have less than 60 percent of their workers vaccinated. In fact, only 40 percent of workers at Parkway Hills got the shot.

NBC 7 Investigates called, emailed, and visited Parkway Hills, Victoria Post Acute Care and Lemon Grove Care and Rehab to ask why so few of their employees were vaccinated. All three declined to speak with us.

“This is… this is catastrophic,” says Dr. Luis Navazo – a geriatric doctor who serves as a medical director for nursing homes and hospices across the county. He’s lost many patients to COVID. “I’ve had a rollercoaster of emotions,” says Navazo.

“A rollercoaster is an understatement. When you lose somebody that is close, you feel empty. You feel hurt. You feel betrayed. You’d like to think that everyone in your same facility is on the same page as you.”

But it appears not everyone is on the same page.

“It’s terribly dangerous for Californians,” says Mike Dark, a staff attorney for California Advocates for Nursing Home Reform. “Both for people who live in facilities and families who are worried about finding places to put their loved ones for long term care.”

He worries the mandates might not be enough. “They will only work if they are effectively enforced and that’s really going to be left to the state,” says Dark. “And so far the state hasnt left any clear guidance on how it intends to do that.”

Those on the frontlines, like Dr. Navazo, hope those mandates will work – for the sake of their patients.

“It has been painful,” says Navazo. “I don’t know how else to describe it.”

Nursing home residents have made up one-fifth of all COVID deaths in the U.S., despite the fact they represent only a half of a percent of our population. Here’s a link to the CMS database with the latest immunization numbers for nursing homes and rehab centers.