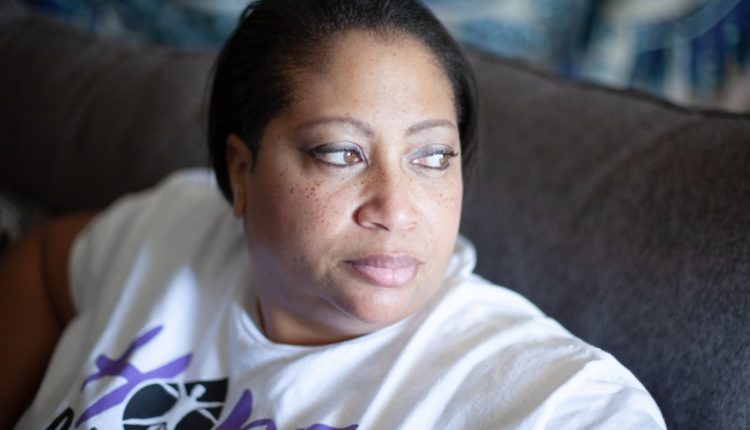 By the end of this week, eligible tenants in the San Diego region will start seeing 100% of past-due rents erased from the beginning of the pandemic through the end of September.

A new state law that extends eviction protections also allows local agencies to cover all back rent due for low-income tenants impacted by COVID-19.

This comes after news organizations across the state, including inewsource, reported low participation rates for rental and utility assistance programs, which left millions of dollars unspent.

Previously, eligible tenants could only receive 80% of past-due rent and landlords had to agree to waive the rest. Records show that the landlords of more than 1,000 households throughout San Diego County didn’t participate.

State officials hope that erasing all rental debt will increase the number of applications and the amount of money going out the door. It’s exactly what tenants and landlords have been calling for.

Even so, some wonder if Sept. 30 — when eviction protections expire — will buy enough time for those who have been struggling for the past 16 months.

The ongoing relief efforts have been moving at a snail’s pace, thanks largely to bureaucratic red tape and the time it takes to process applications. Now, the region stands to receive at least $112.8 million in additional federal coronavirus aid. That doesn’t include the $211 million in state and federal funding received earlier this year, and only 25% of that money has been spent, according to the most recent data available.

“That’s a huge amount of money to move in a very short amount of time,” said Lucinda Lilley, president of the Southern California Rental Housing Association.

More than 700,000 California households are behind on rent, with each household racking up about $4,400 in debt on average, according to the research firm PolicyLink.

A local jobs report published last month revealed 102,100 people in the San Diego region were still unemployed in mid-April, more than double the pre-pandemic figures. And although an eviction moratorium has kept people in their homes, rental debt has continued to pile up in a county where census data shows nearly half of all housing units are occupied by renters.

The city and county of San Diego started sending payments last week to households that already received 80% of past-due rent, making them whole through Sept. 30. Chula Vista will start this week.

Earlier this year, California legislators passed a law, SB 91, that aimed to incentivize landlords to participate with rent relief efforts and keep people in their homes during the pandemic.

The state offered to pay 80% of any rent owed from April 2020 through the end of March 2021, if landlords agreed to waive the rest. If they refuse, eligible tenants would receive a payment for 25% of their rental debt over the same period and still be protected from eviction.

The county and cities of San Diego and Chula Vista received a total of $211 million from the state and federal government because the aid was based on population. All three were accepting applications by mid-March.

But it took roughly two months to process applications and send payments. And records show that some landlords still weren’t participating with programs in the county and San Diego:

The new law, AB 832, aims to fix this. Now, local agencies can send money to erase all rental debt for eligible households from April 2020 through Sept. 30, making landlords whole and buying much needed time for low-income tenants.

“It feels like the governor is recognizing our role as housing providers and the sacrifices we’ve had to make,” said Lilley, with the Rental Housing Association.

The vast majority of rental property owners who declined to participate didn’t do it for nefarious reasons, she added. They either didn’t understand the program or didn’t want to accept anything other than the full amount owed. Everyone is under a lot of stress, she said.

“Think about what they’re trying to navigate right now,” Lilley said of property owners who haven’t been able to collect rent. “They’ve got mortgages to pay. They’ve got insurance to pay. They’ve got utilities to pay to continue to provide housing. Could their communication (with tenants) come across as abrupt? I would imagine.”

Lilley said she suspects this new law, coupled with robust outreach, will make all the difference.

In fact, officials with the city and county of San Diego said they have stepped up outreach efforts.

In addition to attending outreach events in the community, county officials have also contracted with six community organizations to help tenants and landlords with the application process, said spokesperson Michael Workman.

‘I probably wouldn’t be alive’

While the new law does buy more time for low-income tenants, the application process takes so long it might not be enough, said Grace Martinez, director of San Diego’s Alliance of Californians for Community Empowerment.

Tenants are still going several weeks without any word on the status of their applications, she said. People are exhausted with the process and landlords are wondering when they will get their money, asking for anything tenants can afford.

“Some tenants don’t have anything and they’re having to choose between food and rent,” Martinez said, adding that people still haven’t had an opportunity to catch up.

Genea Wall says that’s the situation she’s in. The City Heights tenant is a licensed insurance agent who said she has been receiving unemployment benefits since last June. The rent on her two-bedroom, two-bath apartment costs $2,000 a month, but she has to keep the lights on, food in the refrigerator and gas in her car to get to and from medical appointments.

Wall has Type 2 diabetes and the stress of this year has affected her health, causing blisters to form on her feet. But things are starting to turn around, she said.

The San Diego Housing Commission covered 80% of her past-due rent in May, totaling $8,000, and she stands to have the rest taken care of through Sept. 30.

Receiving the rent relief, as well as following the doctor’s orders and having a positive mindset, has greatly improved her situation and her wounds are starting to heal, she said.

“If I had to do this on the street, I probably wouldn’t be alive,” she said, adding that she would definitely face amputation. “You can’t keep wounds clean if you’re living on the streets.”