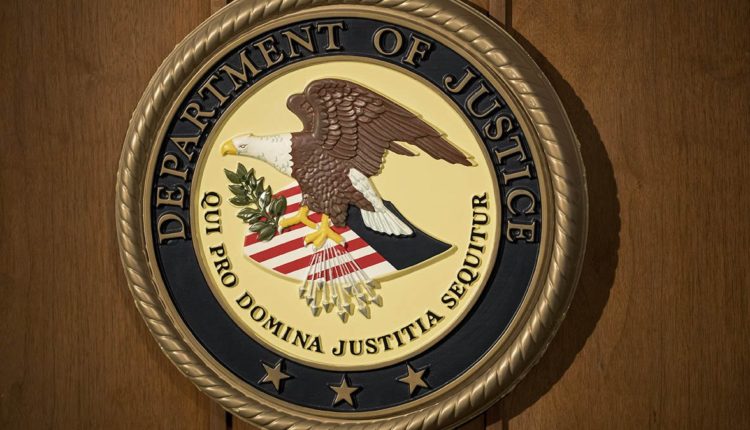 Eight people were indicted in a nationwide grandparent fraud scheme, accused of participating in a criminal enterprise that stole millions of dollars from more than 70 elderly victims in San Diego county and around the nation, according to the U.S. Attorney’s Office.

At least 10 of the victims are from San Diego County, the U.S. Attorney’s Office said.

The scammers contacted elderly victims, usually by telephone, and impersonated a grandchild or someone else close to the victim. The scammer then pretended to be in dire legal trouble because of an accident or arrest. He or she claimed to need money for bail, medical expenses, or legal fees, Acting U.S. Attorney Randy Grossman said.

“This scheme has left many elderly victims financially and emotionally devastated,” Grossman said. “It is unconscionable to target the elderly and exploit their love for their grandchildren. Elder fraud is a serious crime against some of our nation’s most vulnerable citizens. We are committed to combating all types of elder abuse in our community.”

Grossman said the scheme involved multiple “actors” who played varying roles using a well-rehearsed script. One would play the beloved relative; another would pretend to be a lawyer; and still others would pose as bail agents or medical professionals.

They provided victims with false case numbers, and they instructed the victims to lie to family, friends, and bank representatives about the reasons for the withdrawal or money transfer.

The grandparents were so fearful and desperate to help that they handed over tens of thousands of dollars in tremendous acts of selflessness. Once the victim was on board, other members of the criminal enterprise were dispatched to doorsteps to collect money, according to the indictment.

As of today, six of eight defendants have been arrested. The defendants are charged with violating the racketeering statute known as RICO, the federal law designed to combat organized crime. This is believed to be the first time the RICO statute has been used in an elder fraud case, the U.S. District Attorney’s office said.

The indictment alleges that this organization was involved in extortion, fraud and money laundering – all features of organized crime.

The investigation began in San Diego with one victim and a small loss, and grew exponentially to include victims in El Cajon, Escondido, Carlsbad, Bonita, Santee, Coronado and across at least 15 states.

According to the indictment, one of the victims lived in Oceanside. She was 87 years old. She is identified in the indictment as “JD.”

JD received a phone call on May 11, 2020, from a woman claiming to be her granddaughter. The caller said she had been arrested following a car accident and needed $9,000 for bail. She then turned the phone over to her supposed lawyer, who warned JD not to discuss this with anyone or risk violating a court gag order. A courier went to JD’s address and picked up the cash.

The next day, a man posing to be an accident specialist called JD and claimed that the other party in the car crash had lost her baby as a result of the accident. If JD did not provide another $42,000, her granddaughter would be charged with first degree manslaughter and spend 15-20 years in prison. JD sent a wire transfer in the amount of $42,000 to an account associated with the defendants.

“I know some victims may be reluctant to come forward because they feel embarrassed that they fell for this hoax,” Grossman said.

“But I want to assure victims that it is not your fault. You are one of many, many people who were deceived by a sophisticated criminal organization whose members concocted a number of plausible storylines and conspired together to trick you. These are unscrupulous manipulators who prey on the elderly. They are to blame, not you.”

According to the indictment, the scammers took elaborate steps to conceal their true identities from victims and law enforcement. They used false names. They rented residences to receive cash sent through the mail and commercial carriers. They used rental cars or ride share vehicles to pick up funds from victims.

And once they received funds from the victims, the scammers quickly tried to hide it by transferring proceeds to other members of the criminal conspiracy, who converted fiat currency to cryptocurrency.

Grossman commended prosecutors Sasha Johnson from the Southern District of California, Lauren Elfner and Wei Xiang from the Department of Justice’s Consumer Protection Branch, the Justice Department’s Office of International Affairs, as well as agents from the FBI for their excellent work on the case.

During the conference, Grossman also acknowledged the excellent work of the District Attorney’s Office and the multiple local law enforcement agencies in the San Diego Elder Justice Task Force that relentlessly investigated the case to pursue justice for the victims.

The U.S. District Attorney’s Office reminds anyone who may be contacted in the future by scammers that law enforcement is here to help, and to call your local law enforcement agency, sheriff, FBI or 911 if there is an emergency.