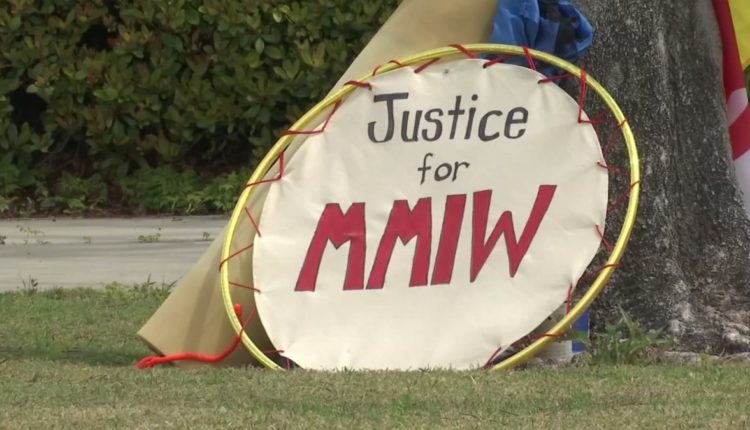 It’s being called an epidemic: Native American women are going missing and some are turning up dead.

A movement called Missing and Murdered Indigenous Women (MMIW), which is demanding change, is spreading across the country, including in San Diego, where Native Americans are part of the fight.

“Missing and murdered indigenous women has been a [tragedy involving] native women since colonization,” said Joely Proudfit, who is the American Indian Studies department chair and director of the California Indian Culture and Sovereignty Center at California State University-San Marcos. “Many people have heard the story of Pocahontas, who was probably one of our most famous missing and taken and abducted young girls.”

According to finding by the Department of Justice, four out of five Native American women have experienced violence in their lifetimes.

A study by the Centers for Disease Control and Prevention found that homicide rates for Native Americans were almost three times those of non-Hispanic white women.

One issue for native reservations is figuring out who is in charge. Tribal police do not have jurisdiction over non-Indians on tribal land. Proudfit said that has created issues in enforcing laws on tribal lands and that perpetrators who understand that utilize the information to carry out criminal activities.

Proudfit, a member of the Pechanga Band of Luiseño Mission Indians, was recently appointed to the California Commission on Women and Girls. She said it’s important to collect accurate data.

“We can’t solve problems unless we can measure them, and so it’s critically important,” Proudfit said.

The California legislature recently allocated $5 million toward the collection of data connected to women’s issues.

“Native women’s voices are critical to the conversation and we can’t have true equality without having equality for all women,” Proudfit said..